1 Dead In Grenade Blast After Clashes In Kashmir On Eid, Say Police 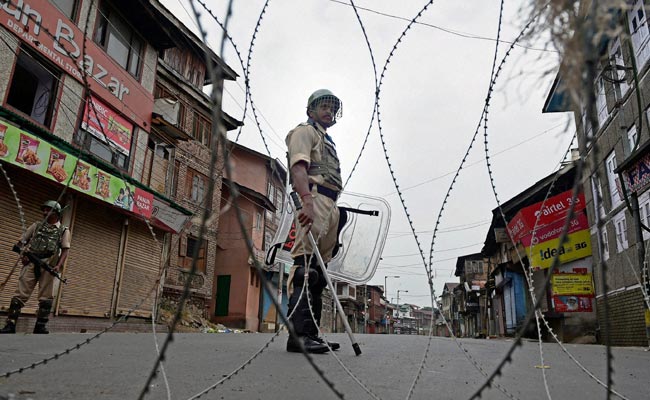 Clashes were also reported from Sopore and Kupwara (Representational photo)

Srinagar: A man died in a grenade blast during one of the several clashes between protesters and security forces in the Kashmir Valley, marring Eid festivities. The grenade blast took place at Brakpora village in Anantnag district of south Kashmir during clashes post Eid prayers.

"Preliminary investigation reveals that a hand grenade exploded resulting in the death of Sheraz Ahmad due to splinter injuries," news agency PTI quoted a police spokesman as saying, adding the victim's right hand was severely damaged.

Clashes also took place in Safakadal area of Srinagar, where large crowds of devotees had gathered to offer Eid prayers, a police official said. Clashes between protesters and law enforcing agencies were reported from Sopore and Kupwara in north Kashmir too, the official said, adding the situation in other parts of the Valley was peaceful so far.

Reports said over a dozen protesters were injured in the clashes.

Sheraz Ahmad's death is the second civilian killing in Kashmir in the last 24 hours. Yesterday, a teenager was killed in firing by security forces in Pulwama, when troops opened fire after clashes and stone pelting in the area. The Army said they had to resort to firing in the air when a mob threw stones on their area domination patrol.

Promoted
Listen to the latest songs, only on JioSaavn.com
Former Chief Minister Omar Abdullah, reacting to Sheraz Ahmad's death, said that Kashmir is standing at the edge of a very dark, deep abyss. "It was a bloody run up to Eid and sadly a day of prayer and celebration has been marked by more bloodshed, pain and suffering," Mr Abdullah tweeted.

Just two days ago, Rising Kashmir editor Shujaat Bukhari was shot dead by terrorists in the heart of Srinagar along with his two personal security officers as he stepped out of his office on Thursday evening. On the same day, Army soldier Aurangzeb was kidnapped at Kalampora when he was on his way home in Rajouri district for Eid. His body was found the same night about 10 km away.