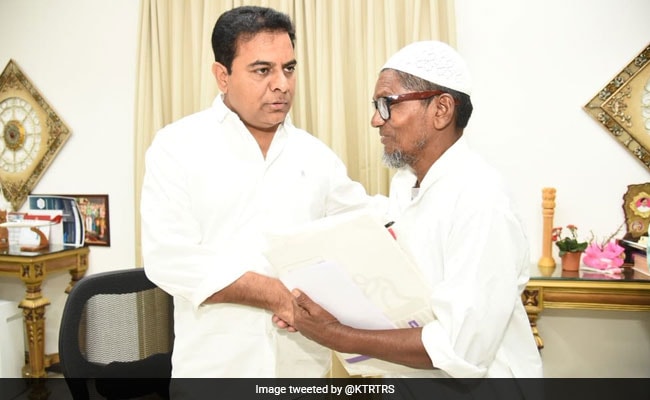 KT Rama Rao assured to provide a house and monthly old-age pension to the man.

TRS working president KT Rama Rao on Thursday promised help to a man who used to sell ''ice gola'' outside the school where he studied.

Mr Rao assured to provide a house and monthly old-age pension to Syed Ali alias Chaush when the 70-year old met him.

Responding to a tweet a fortnight ago about the intention of Mr Ali to meet him, Mr Rao has said he would love to meet him.

Mr Rao enquired Mr Ali about his health and asked him what help can be done from his side, they said.

On learning about his poor financial condition, Mr Rao assured him the assistance.

Mr Ali was very touched by the gesture of Mr Rao and said: "I have heard a lot about KTR (as Rama Rao is known) and never thought I would be able to meet him". He thanked Rao for assuring him help in old age.