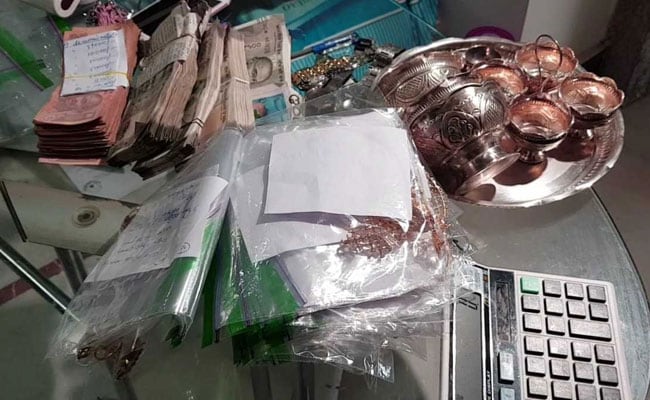 A chief engineer in the irrigation department of Telangana was raided on Friday over allegations that his wealth far exceeds his legal sources of income. The state anti-corruption bureau alleges that officials found assets worth Rs 10 crore in the homes and bank lockers of Suresh Kumar.

Kumar, who has been in the irrigation department for over 30 years, dismissed the allegations saying the cash and jewellery found in his house belong to his son and daughter, who live abroad. He claims he does not own more than Rs 10 lakh.

A large amount of gold, silver and cash were found at his home in Somajiguda, said the police. Searches were also carried out at the residences of his relatives in Karimnagar and Prodattur in Cuddapah district.

"Raids were carried out at six locations in Hyderabad and Karimnagar. There were complaints that Suresh Kumar has two flats, two houses, ten plots and four bank lockers," Kiran Kumar, a senior officer of the anti-corruption bureau, told NDTV.

Promoted
Listen to the latest songs, only on JioSaavn.com
Mr Kumar is due to retire in July 2019.

Earlier in January, Sravan Kumar, another senior official of the Telangana irrigation department was raided by the anti-corruption bureau over charges of illegal wealth. Two houses, five plots, 33 acres of agricultural land, three vehicles were found during the searches at four locations in Hyderabad.