The woman, Amreen Ruhi has requested the External Affairs Minister Sushma Swaraj to look into the matter and help in getting back her son, Abdulla. 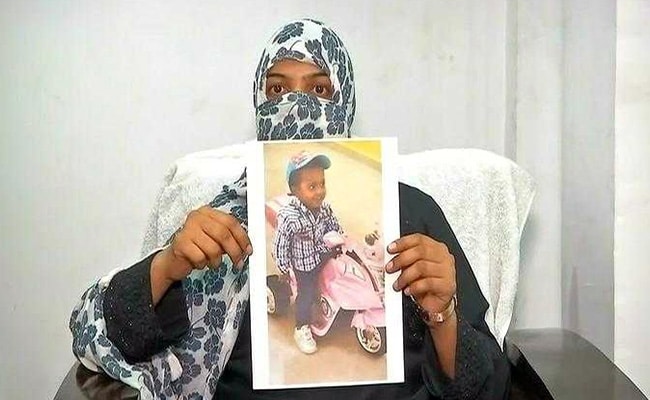 Amreen Ruhi has not met her son, Abdulla, since she came back to India this year in February

A Hyderabad woman was allegedly cheated by her husband who forcefully kept her child in Dubai and sent her back to India.

The woman, Amreen Ruhi has now, requested the External Affairs Minister Sushma Swaraj to look into the matter and help get back her son, Abdulla.

Ms Ruhi filed a complaint of harassment and cheating, against her husband Md. Azmathullah Khan, a native of Hyderabad, at the local police station in Saroornagar in the city. The case was registered in March.

The two married in 2015 and left for Dubai. In an interview with ANI, Ms Ruhi said, "I was continuously harassed by my husband and in-laws when I was in Dubai. The ordeal continued even after I delivered a boy in 2016."

Intervening into the matter, Ms Ruhi's father reached Dubai and asked her in-laws to send his daughter back to India. "My in-laws took my father's and my signature on white papers. They took away my child and sent me back to India in February this year. I have not seen my child since then."