The mother of the baby claimed that she had forgotten the area where she had given the baby to the man as she was drunk at that time. 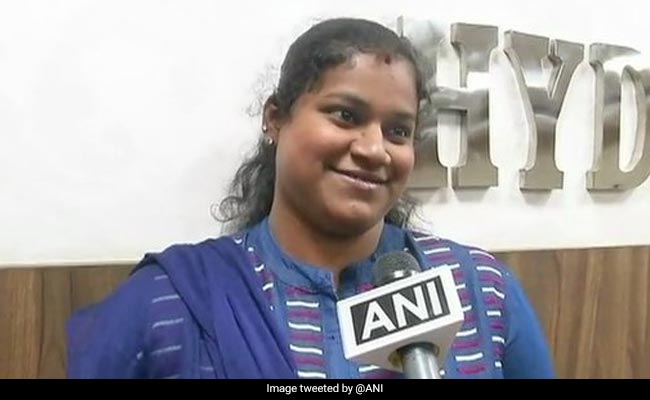 I understood the baby was crying of hunger, so breasted her, says cop.

A two-month-old baby was on Monday reunited with her mother by the police, less than 24 hours after she allegedly handed it over in a drunk state to a man near Osmania General Hospital in Hyderabad.

Constable M Ravinder on night duty informed his wife, also a constable at another station and who was on maternity leave, of the baby's plight and she came to the spot and fed the baby, it said.

"After I received the call, I immediately booked a cab and rushed towards Afzalgunj police station where she was brought," woman costable Priyanka told news agency ANI.

"I am a mother to a small baby, so I understood she was crying because of hunger. I immediately breastfed her and she calmed down," shed added.

Later, the baby was shifted to the Government Maternity Hospital at Petlaburz.

During efforts to trace the mother, police found a woman crying at Chanchalguda area, who narrated the sequence of events.

The woman claimed that she had forgotten the area where she had given the baby to the man as she was drunk at that time.

She was then taken to the hospital, where she identified her child.

After verification and confirmation, the baby was handed over to the woman.

Top officials of Hyderabad city police after knowing about the incident appreciated and awarded the constable couple for their noble gesture.

(With Inputs from ANI, PTI)