Two days before his body was found, Vijay had approached a non-profit called 'Serve Needy' and made a donation. 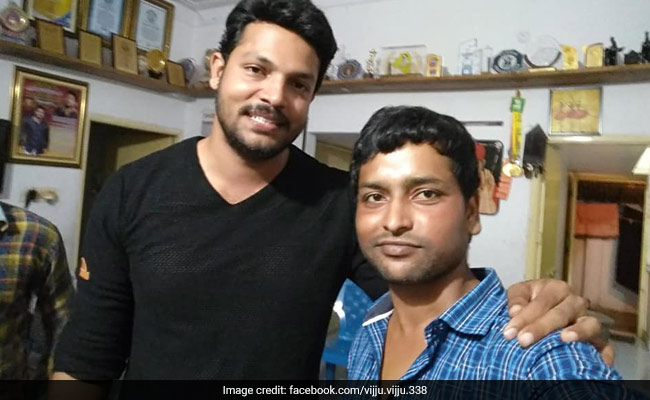 Vijay (right) handed over the money to Goutham Kumar who runs the NGO Serve Needy on Sunday.

A cab driver in Hyderabad, Vijay was praised as a hero on Sunday when he donated Rs 6,000 out of his meagre earnings to a non-profit specifically for performing the last rites of an orphan. Two days later, that money was used for his funeral.

Vijay allegedly killed himself by lying down on train tracks on Tuesday. He left a detailed suicide note saying that as an orphan, he was lonely and that no one was to be blamed.

Two days before his body was found, Vijay had approached a non-profit called 'Serve Needy' and made a donation.

Videos shot on the occasion show him handing over the money to Goutham Kumar, who runs the NGO.

Despite being a cab driver with a modest income, Vijay came forward to generously donate Rs 6,000, Goutham is heard saying. He goes on to appeal to the public that they should take Vijay as an inspiration.

The video and posts, shared on social media by the non-profit, drew admiration for Vijay. In photos, he is seen smiling and handing over the notes to Goutham.

On Wednesday, Goutham was shocked when he was informed that the young man had committed suicide.

Vijay's last rites were performed by volunteers of 'Serve Needy' on Wednesday evening with the money he had donated.