The incident has raised fresh concerns among heritage lovers about the safety of the 428-year-old Charminar, whose lime plasters have peeled off in the past as well. 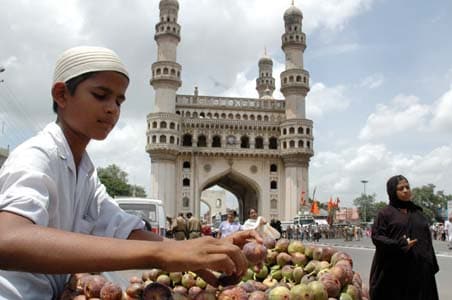 Hyderabad's Charminar was built in 1591 by Mohammed Quli Qutb Shah, the king of the Qutb Shahi dynasty.

Charminar, the monument which symbolises Hyderabad, suffered damage after a part of one of its pillars fell down late Wednesday night, raising concerns about the stability of the 428-year-old structure.

Officials said a piece of lime stucco work on one of its four 56-metre-tall minarets fell down after a round of unseasonal rain in the old city. A chunk of the stucco work detached from the granite slab on the minaret facing the Mecca Masjid and fell off the pillar.

The incident has raised fresh concerns among heritage lovers about the safety of the iconic structure, whose lime plasters have peeled off in the past as well. 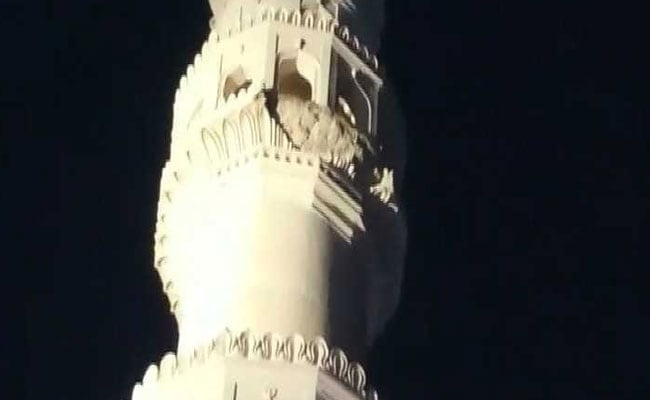 The area around the popular tourist site where the debris fell was cordoned off by the police as people gathered around in the crowded locality.

The Charminar area sees thousands of shoppers and tourists every day.

When a chunk of history falls, it is reason for concern & contemplation: piece of one of the minarets of the historic #Charminar fell last night causing concern about structural stability of 400-year-old monument among archaeologists police also worried about safety @ndtvpic.twitter.com/fNQh7UafRl

The Archaeological Survey of India had undertaken restoration work on the monument sometime ago.

Charminar was built in 1591 AD by Mohammed Quli Qutb Shah, the fifth king of the Qutb Shahi dynasty.

The edifice stands at a staggering 160 feet from ground level. Charminar, in Urdu, means four minarets.