No casualties were reported in the incident. An investigation has been ordered. 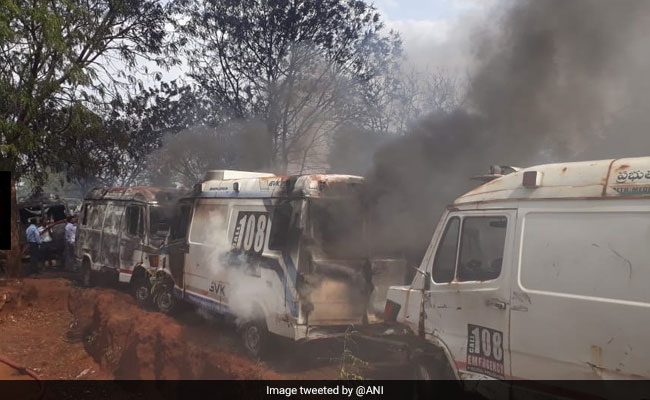 Nearly 50 government ambulances were on fire in the parking, says police.

As many as 50 government ambulances were gutted in a fire that broke out on Monday in Jeedimetla police station limits in Hyderabad.

"When we reached, we found several government ambulances on fire in the parking. Fire tenders were called in and after some time we doused the flame. Around fifty ambulances were gutted in the fire," he said.

No casualties were reported in the incident. An investigation has been ordered to ascertain the cause of the fire.