2 Telling Letters That Hyderabad Student Wrote Before His Suicide 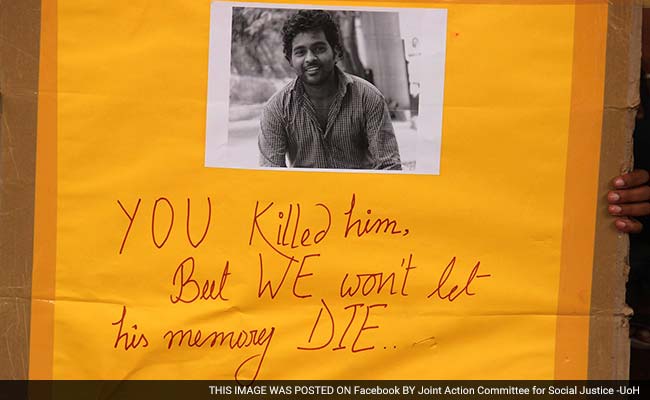 Hyderabad: A high tide of politicians from different parties including the BSP and Trinamool Congress are making their way to Hyderabad. They say they want to express their solidarity with students protesting against the suicide of 26-year-old Rohith Vemula. Congress Vice President Rahul Gandhi met Mr Vemula's family today before addressing students at the university where Mr Vemula killed himself.

Students there and elsewhere have pleaded that the suicide be untainted by politicians trying to cash in on the tragedy of a Dalit student who alleged caste discrimination.

A certificate establishing Mr Vemula's caste rebuts those who, till this morning, said he was wrongly being called a Dalit.

In December, a month before his suicide, Mr Vemula wrote to the Vice Chancellor of the Hyderabad Central University, asking him to give poison or "a nice rope" to Dalit students. In the letter, he identified himself repeatedly as a member of "(the) Dalit self-respect movement" and suggested the persecution on campus for "students like me" was so widespread that the campus should facilitate euthanasia. 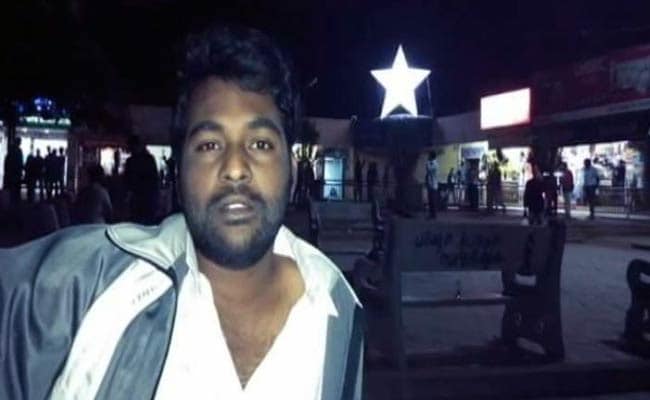 But in his suicide letter, written the day before he hanged himself, Mr Vemula made it clear that he did not blame anyone for his decision to end his life and made no reference to his caste. "No one is responsible, no one has instigated me. Do not trouble my friends and enemies on this after I am gone," he said in the long note.

In December, Mr Vemula was among five students, all members of the Ambedkar Students' Association, who were suspended for allegedly beating a leader of the BJP's student wing, the ABVP.

An inquiry by the university cleared the students; a sequel, four months later, reversed the decision and the students including Mr Vemula were told they could no longer eat at the college cafeteria or enter the hostel.

Mr Vemula's friends say he was "heartbroken". For two weeks before he died, he lived in a tent outside the campus gates.

Union Minister Bandaru Dattatreya and the university's Vice Chancellor are among those who have been charged by the police for aiding his suicide. Mr Dattatreya wrote a letter to Education Minister Smriti Irani in August last year, alleging that the campus had turned into "a den of casteist, extremist and anti-national politics".