World Mosquito Day 2022: Malaria & Other Mosquito-Borne Diseases We Must Be Careful Of

World Mosquito Day 2022: Here's why we observe this day and mosquito-borne diseases you must beware of. 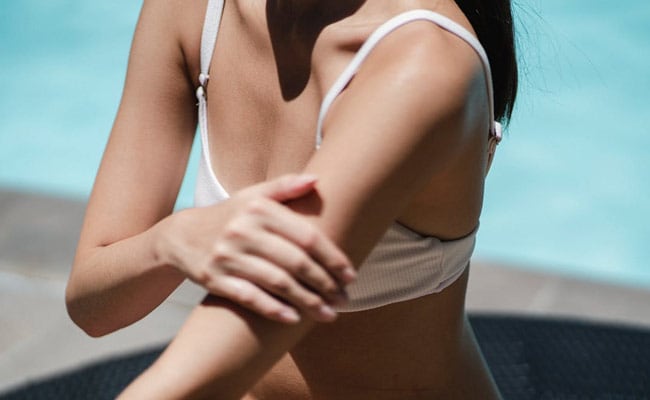 World Mosquito Day 2022: Applying a mosquito-repellent can lower risk of contracting these diseases

Mosquitoes are more than just unpleasant summertime bugs; they also carry malaria, which claims the lives of over 500,000 people annually. Ronald Ross's 1897 discovery that malaria is spread by mosquitoes transformed our knowledge of the illness and raised public awareness of malaria prevention.

Malaria, which is brought on by Plasmodium parasites, has been mentioned in historical documents dating back to the first millennium BCE. In fact, almost 30 million years old mosquito remnants have been revealed to contain the first signs of malaria parasites.

World Mosquito Day commemorates the day when Sir Ronald Ross, a British army physician stationed in India, established by the discovery of pigmented malaria parasites in mosquitoes that fed on an infected patient that mosquitoes spread malaria. This revelation completely changed how we understood the illness and inspired brand-new preventative approaches. Ross received the Physiology or Medicine Nobel Prize in 1902.

Ross promptly proclaimed the inaugural of World Mosquito Day, saying that people everywhere needed to be made aware of the connection between mosquitoes and malaria. Although more creative prevention strategies and medicinal treatments have been developed as a result of a better knowledge of the illness, a malaria vaccine continues to be elusive.

According to the most recent data, 435,000 people die from malaria each year. In addition, it is estimated that there are 219 million cases of malaria per year in the world. These figures are certainly significant. Many individuals, especially those who live in places that are not at risk, are unaware of how severe the issue is.

What mosquito-borne diseases should we be careful of?

Illnesses that are transmitted by a mosquito bite are referred to as mosquito-borne diseases. Mosquitoes can transmit the Zika virus, West Nile virus, Chikungunya virus, dengue, and malaria to humans.

Here are mosquito-borne diseases besides malaria that one should be alarmed of:

An infectious virus called chikungunya infects people and is spread by infected Aedes aegypti mosquitoes. Fever, joint discomfort, headache, muscle soreness, joint swelling, and rash are among the typical symptoms. The condition of the infected person usually gets better within a week, but on rare occasions, the joint discomfort may last for months or even years. Zika and dengue overlap certain clinical symptoms with chikungunya, which might result in misdiagnosis in regions where both infections are common.

Dengue fever is the cause of the dengue virus, which is spread by mosquitoes. Typically, three to fourteen days after infection, symptoms appear. Fever, rash, nausea, and aches and pains are typical dengue symptoms that can last up to a week. Internal bleeding, shock, and even death can occur as a result of complications that some dengue patients experience. Serious dengue needs close hospital monitoring. More than half of the world's population is now in danger due to the sharp increase in dengue prevalence over the past several decades. Dengue infection claims the lives of 36,000 individuals worldwide each year.

Zika virus, commonly called Zika fever or just Zika, is a virus-borne illness spread by mosquitoes. There are typically no symptoms, however, it might develop similar to dengue fever. Fever, red eyes, joint discomfort, headaches, and rash are possible symptoms. Pregnant women who contract the Zika virus can give birth to children who have major medical abnormalities, such as microcephaly, which can result in lifelong disability.

A viral illness with a generally brief duration may be yellow fever. The majority of the time, symptoms include fever, chills, appetite loss, nausea, back discomfort, and headaches. Yellow fever often improves within five days, yet it still claims the lives of over 30,000 individuals annually. Aedes aegypti mosquitoes carrying the yellow fever virus transmit this acute viral hemorrhagic illness. The word "yellow" in the name alludes to jaundice that some patients experience.

How can we lower risk?

Keep in mind these preventive measures to lower the risk of these mosquito-borne diseases:

We must take this World Mosquito Day 2022 to raise awareness of various mosquito-borne diseases and take the right preventive measures to protect against them.