One More Thing You Shouldn't Do While Pregnant: Listen To Every Piece Of Advice 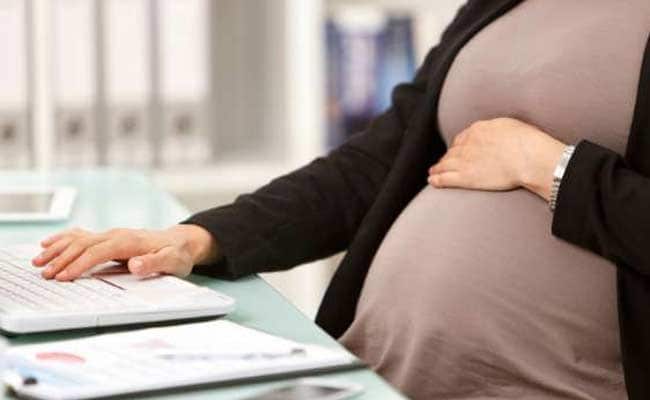 Pregnant women are discouraged from dying their hair and using certain soaps, shampoos, nail polishes, makeup, sunscreen, acne washes and other cosmetics because of some suspicious ingredients. (Representational Image)

Little about pregnancy is easy, as I remembered when I recently became pregnant with my third child. One of the difficulties? Keeping up with the headlines detailing the latest harbinger of fetal harm. Maintaining that level of paranoia is simply exhausting. Even trying to keep up with every study is a truly dizzying endeavor - just don't let it stress you out, because stress in pregnancy is associated with various complications.

Of course there are the usual suspects: no smoking, illegal drugs, raw/undercooked animal products or fish with high mercury content. Ibuprofen is a no-no, as are many other medications. No hot tubs, hot baths or saunas. No roller coasters, contact sports, skiing or surfing. No high heels, heavy lifting or cleaning the kitty-litter box (especially all at the same time!). Alcohol in any amount is poo-poo-ed by the American Academy of Pediatrics. The Centers for Disease Control and Prevention raised eyebrows this week when it went a step further to say that any sexually active women who aren't using birth control should abstain from alcohol because of the potential danger to their potential offspring.

Most doctor-recommend Things to Avoid aren't advised without research-backed good reason, but where things start to get sticky is that the medical establishment can't seem to agree on the no-no's. Some obstetricians say small amounts of alcohol in late pregnancy are okay, while others say it's never okay to have any. Most doctors say caffeine should be reduced or eliminated, but a recent study suggests that it might not be so bad after all. Some doctors advise against eating soft cheeses, deli meats and other foods that can become tainted with listeria, which can cause miscarriage. When I asked my doctor about this during my last pregnancy, in 2012, she said these things were no longer automatically considered taboo, and I commenced eating blue cheese and brie. I recently moved, and at my new obstetrician's office, I was given a pamphlet from 2001 courtesy of the Department of Health and Human Services that advised avoiding soft cheeses and deli meats.

Everything is suspect. Pregnant women are discouraged from dying their hair and using certain soaps, shampoos, nail polishes, makeup, sunscreen, acne washes and other cosmetics because of some suspicious ingredients. An oral antifungal medication used to treat yeast infections was found to increase the risk of miscarriage. A BPA substitute in plastics was linked to premature birth and poor reproductive health. Eating non-organic food might be a bad idea. Just don't eat too many organic potatoes if you're trying to get pregnant, because excessive pre-pregnancy potato consumption was associated with gestational diabetes.

Even acetaminophen (commonly know by brand name Tylenol) - one of the only pain relievers considered safe in moderate doses in pregnancy - has been linked to potential harm: It may increase the risk of ADHD and lower the testosterone levels in your sons, as well as harm the fertility of your daughters and even granddaughters. Lupus was recently found to contribute to pregnancy complications. Having a fever or flu in pregnancy is associated with an increased risk of the baby developing schizophrenia or autism. I probably shouldn't hold my phone too close to my belly because of the WiFi rays. Included on the list of "Hidden Dangers Lurking in Your House" on the pregnancy website The Bump are wall paint, carpet, plastics, household cleaners and mold - as well as the air and water. Apparently the walls, floors and air in my house all pose a threat.

And it's not just common household products, foods and medications - it's your personal attributes that might hurt your baby. If you want a healthy pregnancy, we are told, don't be old, don't be overweight and definitely don't have depression.

Dare to get pregnant at the "advanced maternal age" of 35 or older, and you your pregnancy automatically will be classified as "high risk." Simply being old means an increased risk of high blood pressure, diabetes, miscarriage, placenta previa, Cesarean section, premature birth, birth defects and stillbirth.

The latest cardinal sin of pregnancy is obesity. Women are encouraged to achieve a healthy weight before becoming pregnant (of course, all pregnancies are planned) because a woman's excess body weight has been linked to altered brain development and even an increased risk of infant death. Yes, your fatness might kill your baby. Just let that level of guilt sink in for a minute.

All the endless lists of what to avoid might give mothers the impression that they have much more control over the outcomes of their pregnancies than they actually do. But there's still a lot we don't know about the mechanisms at play in infertility, pregnancy loss and complications, and fetal development. Anywhere from 10 percent to 25 percent of pregnancies will end in miscarriage, and usually the cause cannot be identified. The most common cause of miscarriage during the first trimester is chromosomal abnormality - which has nothing to do with what the mother was or was not eating or whether she got highlights while pregnant.

I am thankful for clinicians who work to improve outcomes for babies and mothers. Because of their work, the drug thalidomide's hideous effects on children were exposed, and we are now suspicious of claims about wonder drugs treating morning sickness and other pregnancy ills. What I object to is how medical research is reported. The onslaught of media coverage of any pregnancy-related medical study usually leaves out the most critical measure: whether the threat level truly warrants caution, lifestyle changes or official recommendation changes.

Lawmakers only add to the noise. Pregnant women have been prosecuted for taking illegal drugs, not wearing seat belts and even having a miscarriage.

Don't be deceived: All this advice for moms-to-be isn't about the moms. It's about the babies. Yes, I want the best for my children. I want their bodies and minds to form properly in utero, but at what point do I cease to be me and become merely an incubator? Pregnant women can't live in a bubble, in which we perform our required 30 minutes of gentle daily exercise, sleep only on our left sides, and eat a diet of lean proteins, dark leafy (organic!) greens, fruits and healthy grains.

Women don't become absolved of all their responsibilities while gestating. We travel. We present at conferences. We have duties to family members. We have other children who need looking after. Sometimes we even have to lift them.

Perfection and ultimate sacrifice can't be immediately foisted upon women the minute the pregnancy test shows its little plus sign. Pregnancy can be a great inspiration for living a healthier life, it's also not always a walk in the park. If I feel like eating only peanut butter pie, then I'm going to eat peanut butter pie.

If I have a blistering headache, I'm going to take pain medication. Do listen to your doctor's advice; if you have concerns, ask a medical professional to explain the risks to you in detail. Read the news, but use your brain. When you are advised as a pregnant women not to install a digital TV antenna or watch movies in 3D, feel free to rely on your judgment.

Besides, seeing as you are about to bring a child into the world and thus incur the opinions of family members, friends and strangers about how you are Doing Parenting Wrong, you may as well learn to tune out the noise.