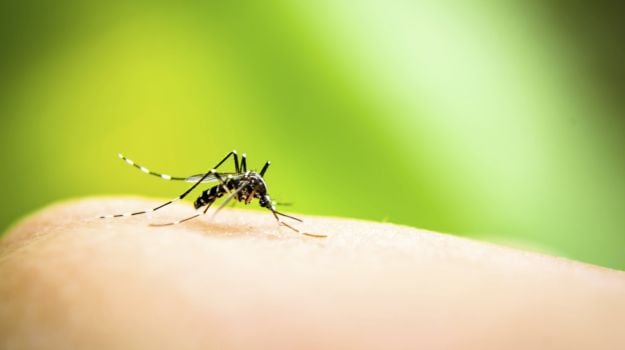 They blamed the associated vitamin and mineral deficiency behind making the pain serious and debilitating in 80 per cent of the cases.

"Several patients complain of muscle and joint pains for as long as two to three weeks after the disease has subsided. This is especially seen in the elderly," said SK Mundhra, head and senior consultant of Internal Medicine at Saroj Super Speciality Hospital.

"Those deficient in micronutrients like Vitamin D, B12 and E are often seen complaining of persisting muscle and joint pains when compared with those who have sufficient amounts of the vital nutrient," said Mr Mundhra.

The national capital has witnessed over 3,000 dengue cases this year and recorded over 23 deaths, according to the ciy's municipal corporations.

However, the unofficial figure puts the toll at over 60 with All India Institute of Medical Science alone witnessing five deaths.

Mr Mundhra said at times pain in dengue was so prominent and severe that if the patient, who has recovered from dengue, has grown weak, then the pain may last for months and may be crippling.

"Acute stage has symmetric joint involvement of large and small joints of upper and lower limbs with knee being most commonly affected joint."

"These joint pains can last up to three weeks, but a few subset of patient's joint pain persist up to 2 years. This phenomenon is more common in females and those with associated vitamin E, D and B12 deficiency," Mr Bhardwaj said.

Research suggests that prolonged symptoms of muscle and joint pain may be an auto immune condition, which can be relieved by simple exercises, course of cortico steroids as per clinician's judgement.

The research also showed prolonged joint pain was more commonly associated with chikungunia, since both dengue and chikungunia were mosquito borne diseases (same vector) and can co-exist simultaneously. So its possibility should always be ruled out.