Here Are Some Of The Decade's Biggest Medical Breakthroughs

Health 2019: Here's how far we've come in the past 10 years in developing new therapies and approaches to treating disease, even as politicians grapple with how to rein in health-care costs without breaking an ecosystem that incentivizes the search for new discoveries. 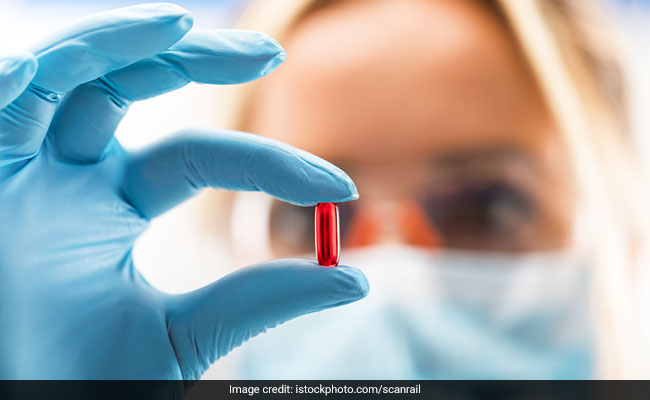 For all the flak the pharmaceutical industry has taken for its exorbitant pricing practices, there's no getting around the fact that it's been a pretty stunning decade for medical progress.

Multiple new categories of medicines have moved from dreams and lab benches into the market and people's lives, and investors who came along for the ride often reaped extraordinary profits. The Nasdaq Biotech Index is up 360% over the last 10 years to the S&P 500's 190%. And that's without mentioning the hundreds of billions of dollars in takeovers that rewarded shareholders with windfalls.

As 2020 approaches, it's worth highlighting how far we've come in the past 10 years in developing new therapies and approaches to treating disease, even as politicians grapple with how to rein in health-care costs without breaking an ecosystem that incentivizes the search for new discoveries. Here are some of the decade's biggest medical breakthroughs:

First approved in the U.S. two years ago, these treatments still sound like science fiction. Drugmakers harvest immune cells from patients, engineer them to hunt tumors, grow them by the millions into a living drug, and reinfuse them. Yescarta from Gilead Siences Inc. and Novartis AG's Kymriah - the two treatments approved so far - can put patients with deadly blood cancers into remission in some cases. At the beginning of the decade, academics were just beginning early patient tests.

It's still early days for the technology, and some issues are holding these drugs back. There are significant side effects, and the bespoke manufacturing process is expensive and time-consuming. That has contributed to a bruising price tag: Both of the approved medicines cost over $350,000 for a single treatment. And for now, cell therapy is mostly limited to very sick patients who have exhausted all other alternatives.

Luckily, more options are on their way. Some drugmakers are focused on different types of blood cancers. Others hope to mitigate side effects or create treatments that can be grown from donor cells to reduce expenses and speed up treatment. In the longer run, companies are targeting trickier solid tumors. Scientists wouldn't be looking so far into the future without this decade's extraordinary progress.

Researchers have spent years trying to figure out how to replace faulty DNA to cure genetic diseases, potentially with as little as one treatment. Scientific slip-ups and safety issues derailed a wave of initial excitement about these therapies starting in the 1990s; the first two such treatments to be approved in Europe turned out to be commercial flops.

This decade, the technology has come of age. Luxturna, a treatment developed by Spark Therapeutics Inc. for a rare eye disease, became the first gene therapy to get U.S. approval in late 2017. Then in May came the approval of Novartis AG's Zolgensma for a deadly muscle-wasting disease. The drugs have the potential to stave off blindness and death or significant disability with a single dose, and, unsurprisingly, Big Pharma has given them a substantial financial endorsement. Roche Holding AG paid $4.7 billion to acquire Spark this year, while Novartis spent $8.7 billion in 2018 to buy Zolgensma developer Avexis Inc.

Dozens of additional therapies are in development for a variety of other conditions and should hit the market in the next few years. They offer the tantalizing potential not just to cure diseases, but to replace years of wildly expensive alternative treatment. If drugmakers can resist the temptation to squeeze out every ounce of value by doing things like charging $2.1 million for Zolgensma, there's potential for these treatments to save both lives and money.

The above treatments modify DNA; this group uses the body's messaging system to turn a patient's cells into a drug factory or interrupt a harmful process. Two scientists won a Nobel Prize in 2006 for discoveries related to RNA interference (RNAi), one approach to making this type of drug, showing its potential to treat difficult diseases. That prompted an enormous amount of hype and investment, but a series of clinical failures and safety issues led large drugmakers to give up on the approach. Sticking with it into this decade paid off.

Alnylam Inc. has been working since 2002 to figure out the thorny problems plaguing this class of treatments. It brought two RNAi drugs for rare diseases to the market in the past two years and has more on the way. The technology is also moving from small markets to larger ones: Novartis just paid $9.7 billion to acquire Medicines Co. for its Alnylam-developed drug that can substantially lower cholesterol with two annual treatments.

Ionis Pharmaceuticals Inc. and Biogen Inc. collaborated on Spinraza, a so-called antisense drug that became the first effective treatment for a deadly rare disease. It was approved in late 2016 and had one of the most impressive drug launches of the decade. And Moderna Therapeutics rode a wave of promising messenger RNA-based medicines to the most lucrative biotechnology IPO of all time in 2018. From pharma abandonment to multiple approvals and blockbuster sales potential in under 10 years. Not bad!

Scientists had been working on ways to unleash the human immune system on cancers well before the 2010s without much luck. Checkpoint inhibitors - drugs that release the brakes on the body's defense mechanisms - have since produced outstanding results in a variety of cancers and are the decade's most lucrative turnaround story.

Merck got a hold of Keytruda via its 2009 acquisition of Schering-Plough, but it was far from the focus of that deal. Once Bristol-Myers Squibb & Co. produced promising results for its similar drug, Opdivo, Merck started a smart development plan that has turned Keytruda into the world's most valuable cancer medicine. It's now available to treat more than 10 types of the disease, and has five direct competitors in the U.S. alone. Analysts expect the category to exceed $25 billion in sales next year.

If anything, the drugs may have been too successful. Copycat efforts are pulling money that could fund more innovative research. There are thousands of trials underway attempting to extend the reach of these medicines by combining them with other drugs. Some are based more on wishful thinking than firm scientific footing. Still, the ability to shrink some previously intractable tumors is a considerable advance. If drugmakers finally figure out the right combinations and competition creates pricing pressure that boosts access, these medicines will do even more in the years to come.

From a combined economic and public-health standpoint, a new group of highly effective hepatitis C medicines may outstrip just about anything else on this list so far. Cure rates for earlier treatments weren't especially high; they took some time to work and had nasty side effects. The approval of Gilead's Sovaldi in 2013, followed in time by successor drugs such as AbbVie Inc.'s Mavyret, have made hepatitis C pretty easily curable in a matter of weeks. For Gilead, getting to market rapidly with its drug proved enormously profitable; it raked in over $40 billion in revenue in just three years.

Hepatitis C causes liver damage over time that can lead to transplants or cancer. The existence of a rapid cure is a significant long-term boon even if the initial pricing on the drugs made them, in some cases, prohibitively expensive. Sovaldi notoriously cost $1,000 per pill at launch and over $80,000 for a course of treatment. The good new is, treatments have become a lot more affordable, which should allow this class of drugs to have a broad and lasting positive health impact.

Hepatitis C is one of the relatively few markets where the drug-pricing system has worked well. As competing medicines hit the market, the effective cost of these treatments plummeted. That, in turn, made the drugs more accessible to state Medicaid programs and prison systems, which operate on tight budgets and care for populations with higher rates of hepatitis C infection. Louisiana has pioneered the use of a "Netflix model," under which the state paid an upfront fee for unlimited access to the drug. It's an arrangement that will help cure thousands of patients, and other states are likely to follow its lead.

Many of the medicines highlighted in this column have list prices in the six figures, a trend that's helped drive up America's drug spending by more than $100 billion since 2009. Building on this decade's medical advances is going to lead to even more effective medicines that will likely come with steeper prices. I'd like to hope that policymakers will come up with a solution that better balances the need to reward innovation with the need to keep medicines accessible. That would really be a breakthrough.