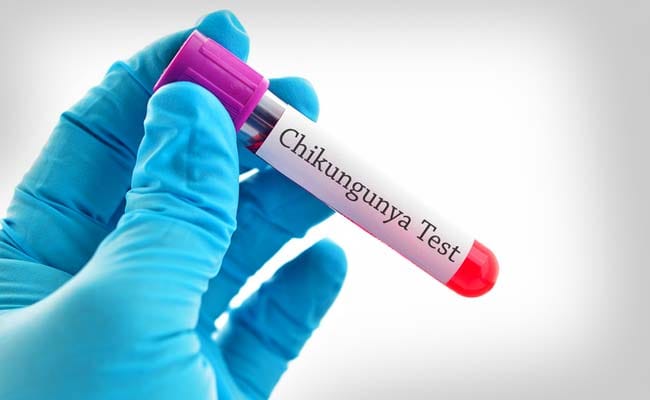 New Delhi: Amid a sudden rise in chikungunya cases in Delhi, doctors and government authorities have asked people not to panic, saying the vector-borne disease is debilitating but not life-threatening and have recommended measures to prevent mosquito-breeding.

Chikungunya is a viral illness and its symptoms are similar to those of dengue, which include high-grade fever, severe joint pain, muscle pain and headache and joint swelling.  It also causes rashes in patients but is not a threat like dengue in which there is a risk of bleeding due to abrupt fall in platelet count.

"The joint pains last longer compared to dengue cases and especially elderly people find it extremely difficult. Though, people should not worry as it not a life-threatening disease like dengue," said Lalit Dar of Department of Microbiology at AIIMS.

The disease is caused by the same aedes aegypti mosquito which causes dengue but the difference is that dengue virus has four strains while chikungunya has only one, National Vector Borne Disease Control Programme (NVBDCP) Director, AC Dhariwal said.

Mr Dhariwal and other health experts have acknowledged the sudden spike in chikungunya cases but have appealed to people not to panic.

Delhi Health Minister Satyendar Jain has advised people against rushing to get admitted in hospitals and asked them not to resort to self-medication.

There is no specific treatment for chikungunya.

Supportive therapy that helps ease symptoms such as administration of non-steroidal anti-inflammatory drugs and getting plenty of rest may be beneficial, according to experts.

"Chikungunya patients are advised to get plenty rest and drink fluids to prevent dehydration. If someone shows symptoms of it, he or she should get tested immediately as both chikungunya and dengue have similar symptoms.

"Until dengue is not ruled out, aspirin and other non-steroidal anti-inflammatory drugs should not be taken.

Only paracetamol can be taken for fever," says Interventional cardiologist Sameer Gupta.

There are no real home remedies, the treatment is symptomatic, and patients should get themselves tested promptly but prevention is the best cure, he said.

Promoted
Listen to the latest songs, only on JioSaavn.com
"Chikungunya typically is non-fatal and within 10 days people get better. In case of elderly people, aged above 65 years or having diabetes, hypertension, or very young children, they are prone to some complications like enchephalitis or pneumonia or pneumonitis.

"And, so if fever is not resolving and there are cold, cough or other complications, these are signs that it could be life-threatening," Neurologist Sonia Lal Gupta said.
Comments
chikungunyachikungunya casesAIIMSDelhi Health Minister Satyendar Jain

Know How Walnuts Are Good For Your Child's Brain: Expert Explains This And Other Health Benefits