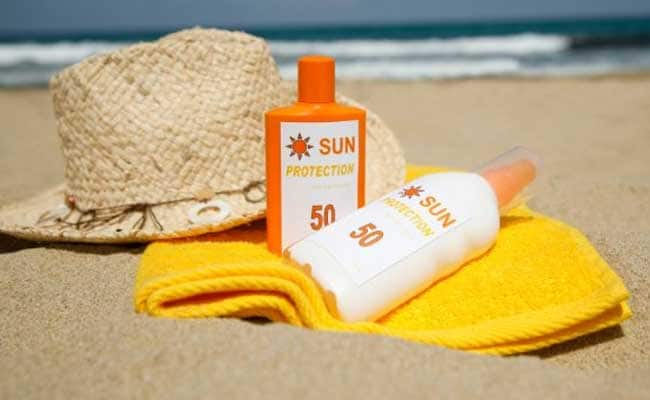 London: Common ultraviolet (UV)-filtering chemicals used in sunscreens, makeup, moisturisers and lip balms may interfere with the function of human sperm cells, according to a new study that may account for unexplained male infertility.

Many ultraviolet (UV)-filtering chemicals commonly used in sunscreens interfere with the function of human sperm cells, and some mimic the effect of the female hormone progesterone, researchers said.

"These results are of concern and might explain in part why unexplained infertility is so prevalent," said the study's senior investigator, Niels Skakkebaek, a professor at the University of Copenhagen in Denmark.

UV filter chemicals reportedly have been found in human blood samples and in 95 per cent of urine samples in the US, Denmark and other countries.

Researchers tested 29 of the 31 UV filters allowed in sunscreens in the US or the European Union (EU) on live, healthy human sperm cells, from fresh semen samples obtained from several healthy donors.

The sperm cells underwent testing in a buffer solution that resembled the conditions in female fallopian tubes.

Specifically, the researchers evaluated calcium signalling inside the cell brought on by changes in the concentration of calcium ions.

Movement of calcium ions within sperm cells, through calcium ion channels, plays a major role on sperm cell function, according to Skakkebaek.

CatSper is a sperm-specific calcium ion channel that he said is essential for male fertility. This channel is the main sperm receptor for progesterone, a potent hormone attractant for human sperm cells.

Binding of progesterone to CatSper causes a temporary influx, or surge, of calcium ions into the sperm cell, controlling several sperm functions necessary for fertilisation.

The researchers found that 13 of the 29 (45 per cent) UV filters tested induced calcium ion influxes in the sperm cells, thus interfering with normal sperm cell function.

"This effect began at very low doses of the chemicals, below the levels of some UV filters found in people after whole-body application of sunscreens," Skakkebaek said.

Furthermore, nine of the 13 UV filters seem to induce this calcium ion influx by directly activating the CatSper channel, thereby mimicking the effect of progesterone.

The finding suggests that these UV filters are endocrine disruptors, Skakkebaek said. In addition, several of the UV filters affected important sperm functions normally controlled via CatSper, such as sperm motility.

"Our study suggests that regulatory agencies should have a closer look at the effects of UV filters on fertility before approval," Skakkebaek said.
Comments
sunscreenmake upultraviolet-filtering chemicalssperm cellsfertility