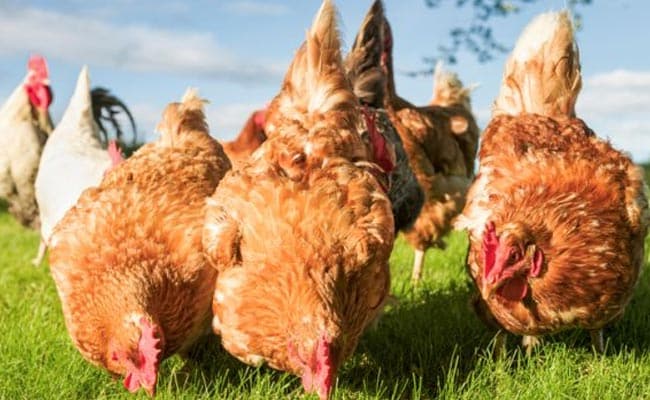 London: The smell from a live chicken could help protect humans against malaria, researchers said today after finding that chicken's odour puts the mosquitoes off.

Ethiopian and Swedish scientists discovered that malarial mosquitoes tend to avoid chickens and other birds.

The experiments, conducted in western Ethiopia, included suspending a live chicken in a cage near a volunteer sleeping under a bed net.

Last year malaria killed nearly 400,000 people in Africa, the UN says. India reported some 882,000 malaria cases in 2013, according to the World Health Organisation.

Infection and death rates are declining but health officials are continuing to look for new ways to prevent the spread of the disease.

The malaria parasite, which initially hides in the liver before going into the bloodstream, is carried from person to person by mosquitoes when they drink blood.

The scientists, whose research was published in the Malaria Journal, concluded that as mosquitoes use their sense of smell to locate an animal they can bite, there must be something in a chicken's odour that puts the insects off.

Addis Ababa University's Habtie Tekie, who worked on the research, said that the compounds from the smell of the chicken can be extracted and could work as a repellent.

Field trials for this stage of the research are now "in the pipeline", he said.

Researchers from the Swedish University of Agricultural Sciences were also involved in the project.

Compounds extracted from chicken feathers were also used in the experiments, as well as live chickens.

Researchers discovered that the use of the chicken and the compounds "significantly reduced" the number of mosquitoes that were found in the trap nearby.

The scientists say that with reports that some mosquitoes are developing resistance to insecticide "novel control methods" need to be embraced.

Healthy Eating Tips: 4 Ways To Make Healthy Choices While Eating Outside, As Recommended By A Fitness Trainer