Lumpy Skin Disease: Due to this viral illness, approximately 3,000 cattle have died in the states of Rajasthan and iGujarat in August alone. 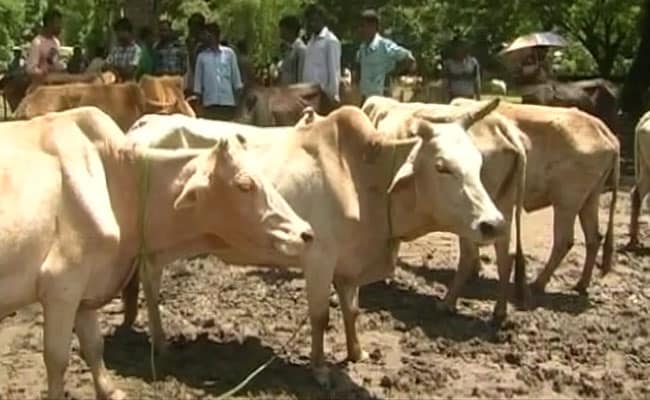 Lumpy Skin Disease: LSD affects the health of cattle and not humans

Lumpy skin disease (LSD), is a viral disease that affects cattle and is extremely contagious. It has caused close to 57,000 cattle fatalities nationwide, according to the Centre on Thursday. Over 15.21 lakh cattle have been affected by the outbreak thus far. At least seven states, including Gujarat, Rajasthan, Punjab, Uttar Pradesh, Haryana, and Delhi, have reported cases.

The States have been recommended to take concrete steps to segregate animals and stop the disease's spread. In Rajasthan and Gujarat, where state governments have established control rooms in districts to monitor and engage in effective preventative initiatives, the illness is spreading quickly. Due to the viral illness, approximately 3,000 cattle died in these two states in August alone.

The Chief Minister's Office (CMO) said in a formal statement that the CM has directed officials to launch a disease awareness campaign and stay on-site in their assigned areas of responsibility to offer quick relief to citizens.

Here are some FAQs regarding Lumpy Skin Disease by our expert:

What are the causes?

Lumpy skin disease (LSD) is a viral disease of cattle and buffalo caused by a capripox virus. It is transmitted by blood-feeding insects, such as certain species of flies and mosquitoes, or ticks. It causes fever, and nodules on the skin and can also lead to death, especially in animals that have not previously been exposed to the virus.

What increases the risk?

There is no treatment for Lumpy Skin Disease. It is difficult to stop cattle from being attacked by infected vectors (flies, etc.) once the infection is within an area. Risk behaviours increase the probability of infection being carried between locations. In addition to this, a lack of vaccines might also increase the risk.

How can we prevent the spread?

Control and prevention of lumpy skin disease rely on four tactics - movement control (quarantine), vaccination, slaughter campaigns, and management strategies. At least 97 lakh doses of the vaccination against lumpy skin disease have now been given. Nearly 80,000 cattle have recovered from the viral illness. A toll-free helpline was established in 1962 to assist dairy farmers and cattle herders in battling the viral illness.

No, the disease is not zoonotic, which implies that humans cannot contract the viral infection because it does not transfer from animals to humans. Hence, this rise in the case may not be of much worry besides its effects on products procured from cattle.

Is it safe to consume dairy?

Milk from diseased cattle can be consumed without concern. Whether you consume milk that has been boiled or not, there is no difference in the quality of the milk. If cattle are vaccinated in a timely manner, the disease and its effects on milk production can be stopped. If cattle contract the disease for the first time without receiving a vaccination, milk production may be reduced by 40–50%.

LSD cases were first reported in India in September 2020, just before the current surge, when a strain of the virus was found in Maharashtra. Over the past few years, cases have also been documented in Gujarat, but they haven't spread as quickly as they are now.

World Heart Day 2022: A Guide To A Healthy Heart For Women In Their 40s