Adults With Longer-Lived Parents May Have Healthier Old Age 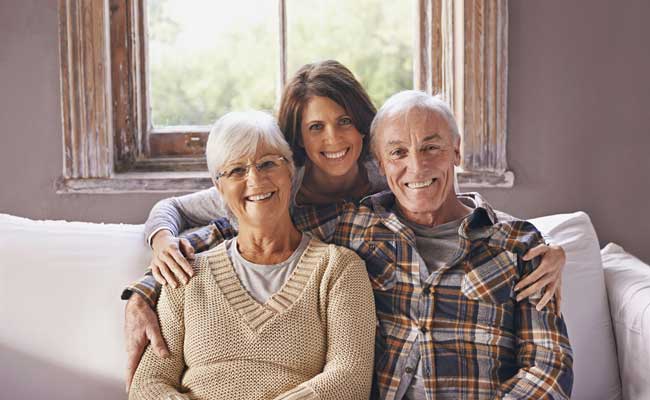 Adults with longer-lived parents have a lower-than-average risk for problems with the body's circulatory system in middle-age, British researchers have found.

It's already well known that having long-lived parents is associated with a lower risk for clogged arteries in the heart, and longer survival.

But what about other kinds of heart and blood vessel problems?

"To our knowledge," the research team writes in the Journal of the American College of Cardiology, "this is the first study" to find a link between parental longevity and lower risks for heart failure, the heart rhythm problem known as atrial fibrillation, as well as diseases of blood vessels in the arms and legs.

The researchers looked at more than 186,000 middle-aged offspring from England, Wales and Scotland who had a deceased parent. They started tracking participants between the ages of 55 and 73, following them for at least eight years.

Not surprisingly, the older a participant's mother and father were at their death, the longer the participant lived, too. This was true even when participants' age, sex, ethnicity, education, income, smoking, alcohol use, physical activity and body mass index were taken into account.

But the researchers also found that offspring of longer-lived parents were less likely to have strokes, high blood pressure, anemia, high cholesterol, atrial fibrillation and circulation disorders affecting blood vessels outside of the heart and brain that are known as peripheral vascular disease.

"This research is important as it shows that knowing the age at which your parents died provides information on your own risk of death and disease," said study co-author Dr. Luke C. Pilling, a research fellow at the University of Exeter Medical School in the UK.

"Current public health advice about being physically active, eating well, and not smoking are very relevant, so people can take their health into their own hands," he told Reuters Health by email.

Many factors, including genetics, living in the same environment and similar lifestyle choices, play a role in parental longevity and survival and health in their offspring, said Pilling.

"But even accounting for these factors, parents' lifespan is still predictive in their offspring," he said.

The concept that parental disease history predicts offspring disease isn't new, said Dr. Nisha Parikh, a cardiologist at the University of California, San Francisco who was not involved with the study.

"That's why we routinely ask about parental history," she said. "But we haven't paid attention to longevity, and this study highlights longevity as a risk factor for cardiovascular disease."

The findings should prompt people to pay attention to the health and aging of their parents, she added.

Promoted
Listen to the latest songs, only on JioSaavn.com
"If you have a parent that died at an early age, this might be a reason to go to a doctor to have them screen for heart disease risks and have those risk factors appropriately treated," she said.
© Thomson Reuters 2016