The police are yet to find out the motive behind their movement in the high-security zone in Army fatigues. 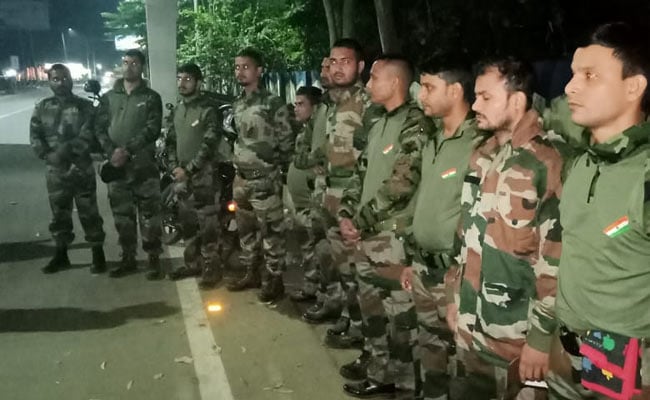 No weapons were found from them.

The police are yet to find out the motive behind their movement in the high-security zone in Army fatigues.

Police sources have told NDTV that a patrol team first picked up four men in army fatigues, who later led them to seven others. They were arrested after they couldn't provide any identity or specify a reason for their movement, police said.

"We have arrested all the 11 persons. We have registered a case under several stringent sections of the IPC (Indian Penal Code). In preliminary investigation, we have found that these people were staying in this area for past one month," Guwahati Joint Commissioner of Police, Debraj Upadhayay, said.

"They were illegally wearing army uniform as they could not provide any legal and valid identity card of the Indian Army. We suspect a conspiracy here. We need to dig out details," he added.

According to initial investigation, sources said, one of the arrested men, Dhriman Goswami, had allegedly given the others fake appointment letters of a security company.

No weapons were found from them.

The police on Tuesday searched the rented house where they had been staying and found some documents, including fake identity cards, sources said.

The police have shared their details with the paramilitary CISF, which provides security to the airport.