125 "Romeos" Caught In Gurgaon Under Special Drive On Sexual Harassment

The law-enforcement drive, "operation Romeo" was organised at different high-footfall areas near MG road, Cyber Hub and Sector 29 in Gurgaon. 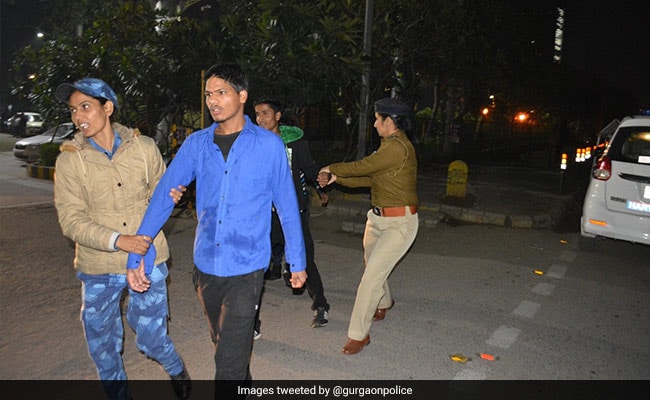 Operation Romeo in Gurgaon: The maximum number of detentions were from MG Road.

The Gurgaon gupolice on late Sunday night detained 125 people under a special drive on sexual harassment against women.

The law-enforcement drive, "operation Romeo" was organised at different high-footfall areas near MG road, Cyber Hub and Sector 29. The maximum number of detentions were from MG Road, outside Sahara Mall and MGF Mall, police official said.

Led by senior police officer Usha Kundu, the operation was started at around 8 PM and went on till late night to tackle sexual harassment against women. Over 100 police personnel from Sector 29, DLF Phase 2, DLF Phase 3, the Durga Shakti Squad and the Rapid Action Force participated in the operation.

"We had been receiving complaints on unlawful activities near night clubs, especially on MG Road. Subsequently, on the direction of Police Commissioner Muhammad Akil, we carried out the 'Operation Romeo' in MG Road, Cyber Hub and Sector 29 and detained the miscreants," said Ms Kundu who is Assistant Commissioner of Police, Crime Against Women.

She said that these places have over 130 night clubs, restaurants and bars that attract a large number of youngsters, especially on weekends.

"We conduct the 'Operation Romeo' from time to time to keep a tab on them with an aim to maintain law and order and provide safe environment for women. It will continue in the coming days," Ms Kundu was quoted as saying by news agency IANS.

"Of the detained persons, 109 were released with a stern warning. If they indulge in unlawful activities again, they would be treated as repeat offenders," she added.

Eleven of the detained men were charged under the Excise Act for creating nuisance in inebriated state.

(With inputs from IANS, ANI)