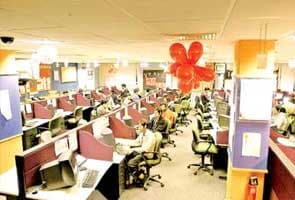 Gurgaon: Intra-office relationships are complex. But, these people took it too far. Two assistant managers at a call centre in Gurgaon were sacked by the management after four female trainees alleged that the accused were sexually harassing them. The victims have filed a complaint with Udyog Vihar police station. No FIR has been lodged yet. An official said the case is being investigated.

Manpreet Singh, head of administration at GBS call centre at Udyog Vihar, Phase-I said that four female trainees had framed charges of sexual harassment against Alphi Chugh, an assistant manager. Another assistant manager Deepak Kumar was also removed from job as he was aware of the whole episode but didn't inform his seniors. Police are yet to question the accused.

Preeti and Radhika (name changed) and two other female trainees said, Chugh had been sexually harassing them for the past one week with the inducement that he would declare them successful in training.

Promoted
Listen to the latest songs, only on JioSaavn.com
"All the four women had joined the call centre on November 14 as trainees. The allegations are very serious. We are investigating the charges. The girls have handed over obscene SMSes sent to them by 28-year-old Chugh," said Satendra Dahiya, SHO Udyog Vihar police station.

In their complaint to the police, the victims alleged that the management not only sacked Chugh, they also terminated their training. Manpreet Singh denied these charges. The women hail from Punjab and Darjeeling, currently staying in Delhi's Malviya Nagar and Haryana's Faridabad district. After they made a complaint to the call centre management, Chugh allegedly sent them an SMS threatening of dire consequences.