Portion Of Gurgaon Basai Road Caves In After Heavy Rain

The Gurgaon traffic officer said that a sewer line running underneath Basai road and the water from the rain might have weakened the road causing it to cave in. 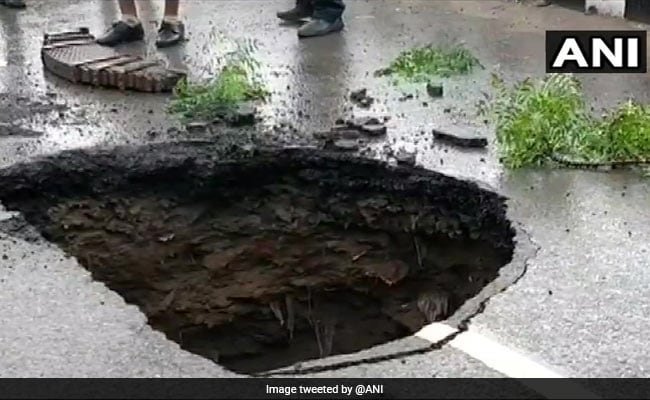 A portion of Basai Road caved in, in Gurgaon today. Traffic movement affected.

A portion of Basai Road in Gurgaon caved in when a truck filled with bricks was passing thought it on rainy Saturday morning. This comes a day after a portion of the underpass on the busy Iffco Chowk caved in due to heavy rainfall.

"The road cave in is about 9-feet deep and we have closed the road until repair work is complete. We received information this morning that a portion of the road had caved in and a truck, which was passing by got stuck in it. The driver escaped from the area and we have taken out the truck," said Bhartendra, the traffic inspector of the area.

The traffic officer added that a sewer line running underneath the road and the water from the rain might have weakened the road causing it to cave in.

"At around 5 am, we ran out after hearing a noise and saw a truck stuck in the road with its back wheels detached from it. The driver had escaped," said Dinesh Kumar, a resident of the area.

The Basai road has been closed since morning and traffic has been diverted to other connecting roads.