In the Gurugram shooting case, the accused, Mahipal Singh, who is in four-day police custody has not yet disclosed any motive, say police sources. 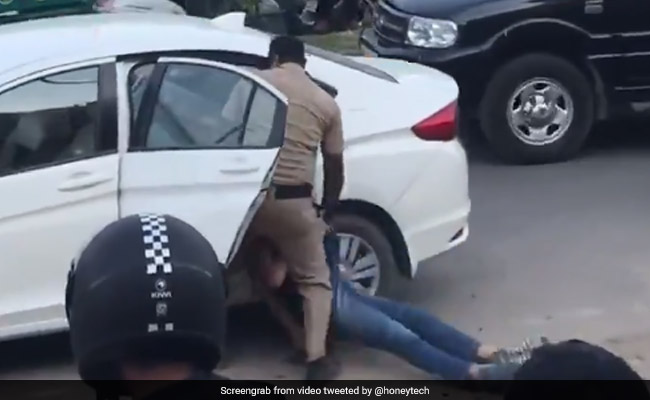 In Gurgaon Arcadia Shooting, accused Mahipal Singh shot the judge's son, tried to drag him into the car

The teenage son of a judge in Gurgaon who was shot by his personal security officer is "brain-dead", said a senior medical officer of the Gurgaon Civil Hospital. "He has been put on life support system," Regional Medical Officer Pawan Choudhary told news agency Press Trust of India.

Dhruv was shot in his head from a close range on Saturday, at a busy market in Sector 49. Ritu, the wife of additional sessions judge Krishan Kant, died in hospital on Sunday. "The reason for Ritu's death was excessive bleeding. A panel of three specialist doctors found two gunshot wounds on the right side and in the middle of the chest," Mr Chaudhary said.

The accused, Mahipal Singh, who is in four-day police custody has not yet disclosed any motive, police sources have told NDTV. The police have denied earlier probable reasons given, like "fight with wife" and "not getting leaves", as motives for shooting the judge's wife and son. The investigation is on and "we are in touch with Mahipal Singh's family," said police sources.

The Gurgaon Police had sought a week's custody for extensive questioning of Mahipal Singh, to find out the reason why he shot the judge's wife and son. A Special Investigation Team has been set up to probe the Gurgaon shooting case.

"Mahipal is frequently changing his statements and becomes furious whenever he is questioned. He said he was depressed due to family problems," a senior police officer said.

"As per the statement of the accused, he was not happy with the behaviour of the judge's family members," said the officer, who is part of the investigating team.

On Saturday, the judge's wife apparently scolded him inside the car, when they were going to the market the officer said, adding that he may have "harboured a grudge against the judge."

In Gurgaon shooting case, Judge Krishan Kant, in a statement, said that after committing the crime, Mahipal Singh had called and told him about the incident on the phone.