Gabbar And Sambha To Spread Awareness On Traffic Rules In Gurgaon

"They will use typical dialogues from Sholay to encourage motorists to obey traffic rules, disciplines and respect other travellers," Gurgaon Police PRO Subhash Bokan said. 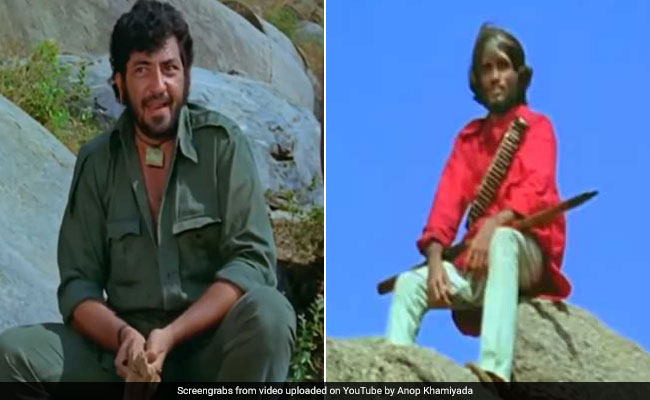 In a bid to prevent road accidents, Gurgaon Police has picked Bollywood film Sholay's iconic characters Gabbar and Sambha to spread awareness among commuters and motorists to obey traffic rules.

Volunteers of an NGO will dress up as the characters and perform street plays at important locations of the city, officials said.

"The role of these two characters will be done by actors of private NGO. They will use typical dialogues from Sholay to encourage motorists to obey traffic rules, disciplines and respect other travellers," Gurgaon Police PRO Subhash Bokan said.

Traffic police officials and members of the Road Safety Organisation (RSO) will also participate in the event to be kicked off on Wednesday at the Huda City Centre Metro station, he said.

"The focus would be that road safety has become such a social evil in today's time that even tough nuts like Gabbar and Sambha have transformed themselves and are reminding everyone to stay safe today and every day, and everyone needs to come together to overcome this social evil," Bokan added.

The official said the street plays will be performed at important intersections such as Iffco Chowk, Bristol Chowk, Rajiv Chowk, Atul Kataria Chowk, sector 56, sector 31 and other such places.

(Except for the headline, this story has not been edited by NDTV staff and is published from a syndicated feed.)
Comments
gabbarsambhaGurgaon