The vehicle, running on CNG, was completely destroyed after it burst into flames on coming in contact with the electric polls on a road in Gurgaon. 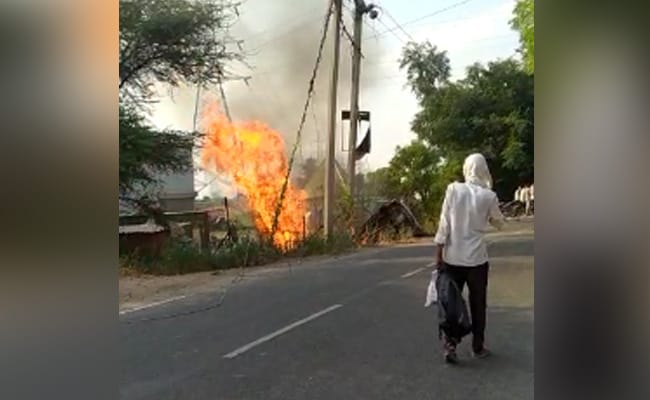 Fire engines were rushed to the spot and flames were doused.

Two people were burnt alive after the car they were travelling in hit an electric pole and caught fire in Haryana's Gurgaon this evening.

The vehicle, running on Compressed Natural Gas (CNG), was completely destroyed after it burst into flames on coming in contact with the electric polls on Tikli road in Gurgaon.

The incident happened around 5:30 PM. 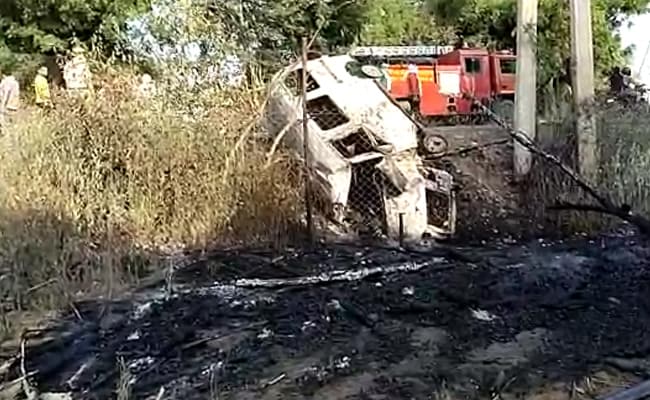 The car was completely destroyed by the flames.

Fire engines were rushed to the spot and only after hours of continuous fire-fighting efforts they were able to douse the flames.

The two passengers, residents of Mewat in Haryana, died on the spot.

The Gurugram Police have started an investigation and further details on the reason behind the accident are awaited.