As the process of obtaining the permissions took a considerable amount of time, the selected bidder lost the confidence in the project and has backed out, says Goa minister 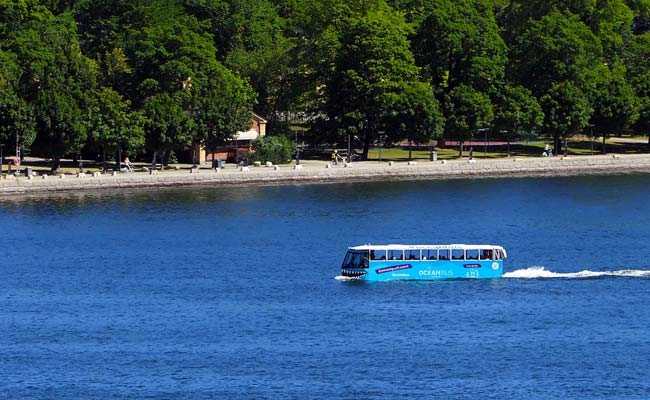 The government wishes to boost tourism with the introduction of amphibian vessels. (Representational)

Goa Tourism Minister Manohar Ajgaonkar on Thursday told the state legislative assembly that the bidder selected for the amphibious bus service project has backed out due to the inordinate delay in obtaining the requisite permissions.

"As the process of obtaining the permissions took a considerable amount of time, the selected bidder lost the confidence in the project and backed out from the said project," Mr Ajgaonkar said in a written reply .

Two agencies had applied for the tender to operate the amphibian buses in the coastal state known for tourism and M/s. Amphibious Tours Private Limited eventually won the bid to design,as a new tourism service, he added.

"As per the tender, Goa Tourism Development Corporation has provided assistance to the service provider in obtaining necessary clearances and permissions for this venture," Mr Ajgaonkar said, adding that the introduction of the amphibian vessels would boost tourism potential in the state apart from creating employment opportunities to locals.

"However, in order to commence the commercial operations the successful bidder had to obtain permissions from the Captain of Ports, Road Transport Office and Ministry of Roads Transport and Highways. Further, Automotive Research Association of India, had approved the vehicle and test trials were conducted in Goa.

The agreement executed with the Amphibious Tours Private Limited was terminated by GTDC and the performance security deposit of Rs 10 lakh has been forfeited, Mr Ajgaonkar said, adding that the project would be re-tendered and a new bidder would be selected.