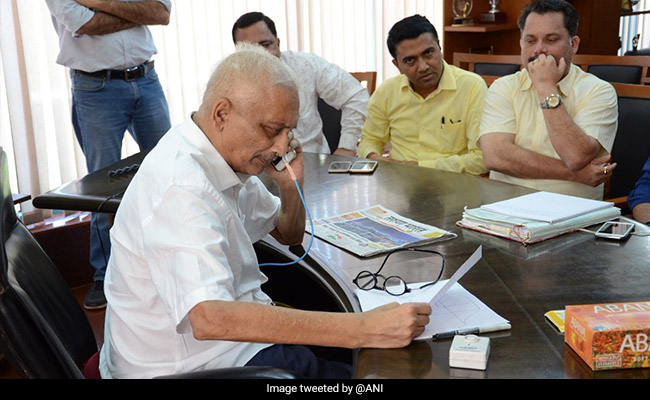 Manohar Parrikar on Tuesday attended his office at the secretariat for the first time in 4 months.

Goa Chief Minister Manohar Parrikar held a meeting with some of his Cabinet ministers and government officials at the secretariat in Panaji today, an official said.

Mr Parrikar, 63, who underwent treatment for a pancreatic ailment at private hospitals in Mumbai and the US last year, on Tuesday attended his office at the secretariat for the first time in the last four months.

Today, the chief minister, with his medical appendage, arrived at his office at the secretariat around 10:30 am.

"He held meetings with few ministers and senior government officials till 1 pm before going back home," a senior official in the Chief Minister's Office (CMO) said.

Mr Palekar said there was no formal discussion on any matter during his meeting with Mr Parrikar. "I just met him to enquire about his health," the minister added.