Copies of the complaint have also been marked to President Ram Nath Kovind and Goa Chief Minister Pramod Sawant, the student added. 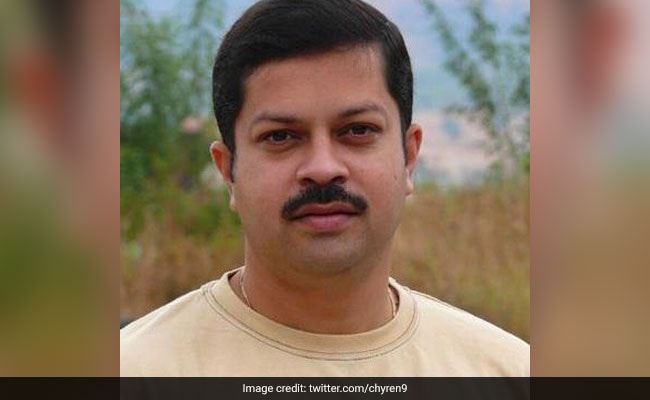 When contacted, Sharmad Raiturkar denied threatening anyone on social media

A law student has filed a complaint against a Goa BJP leader for allegedly threatening him over his comments about the Citizenship Amendment Act (CAA) on social media, police said on Friday.

The BJP leader, however, denied threatening anyone on social media.

In his complaint to the Goa police lodged on Thursday, Prasenjeet Prabhakar Dhage alleged threat to his life from BJP leader Sharmad Raiturkar, an official said.

Copies of the complaint have also been marked to President Ram Nath Kovind and Goa Chief Minister Pramod Sawant, he added.

Mr Raiturkar had unsuccessfully contested from Margao Assembly constituency in the 2017 Goa elections against Congress leader Digambar Kamat, who is now the Leader of
Opposition in the Assembly.

"In view of the current students' protests against the CAA, my friend had put a post on Facebook, in which he appreciated the way Jamia University students cleaned the roads and premises outside the campus after their peaceful protests," Mr Dhage said in the complaint.

The complainant alleged that in the comments section, Mr Raiturkar posted a comment along with a video, which showed an old man being beaten to death by a mob.

In his comment, Mr Raiturkar said the complainant should be castrated or beaten to death, as shown in the video.

"I feel there is a threat to my life as this person who commented was a BJP MLA candidate from Margao. I feel he can cause injury or even kill me," Mr Dhage said in the complaint.

When contacted, Mr Raiturkar denied threatening anyone on social media.

"I had just said if you all don't understand the importance of CAA, this is what you might have to face in future," he said, referring to the video that he had posted.

A senior official from Goa police's cybercrime cell said the complaint is being investigated.

Protests have broken out across campuses in the country against the new citizenship law.

The Citizenship (Amendment) Act, or CAA, makes it easier to grant citizenship to non-Muslims from Pakistan, Afghanistan and Bangladesh. Opposition parties, activists, celebrities and students protesting against the law say it discriminates against Muslims and is inimical to constitutional principles of secularism and equality.