Goa Losing Over 4,000 Crore A Year Due To Casino Revenue Leaks: Congress

The Congress alleged that casino operations were a strictly cash affair, and ran counter to Prime Minister Narendra Modi's vision of cashless transactions. 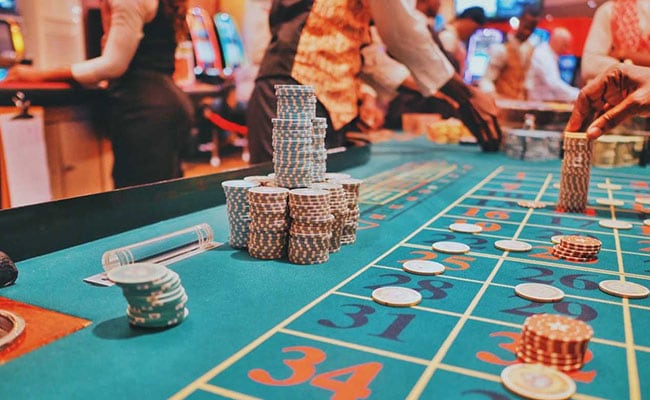 Congress said it was against the casino industry in the state. (Representational)

A day after a Goa Minister hinted at setting up casinos on a strip of land near Panaji, the Congress on Monday demanded a probe into the casino industry operating in the coastal state.

The Congress alleged that casino operations were a strictly cash affair, and ran counter to Prime Minister Narendra Modi's vision of cashless transactions.

"The Prime Minister calls for e-transactions and using less cash. But the entire casino industry is running on cash. 90 per cent is in cash transactions, which are never shown on their books. Their computer system is such that if there is a transaction of Rs 1 lakh, it will show as only Rs 10,000. It is automatic. The DRI (Directorate of Revenue Intelligence) should raid, the Income Tax should raid and check," Mr Chodankar said.

On Sunday, Agriculture Minister Vijai Sardesai had backed the concept of offshore casinos being moved to a strip of land near Panaji, on the lines of the casinos at the Hong Kong harbour.

Because of this revenue system, because there is no check on what is happening inside the casinos, the state government has lost Rs 24,000 crore in revenues since 2012.

Currently, there are six offshore casinos anchored and operating from the Mandovi river off Panaji, while there are about nine onshore casinos that function out of the numerous five-star resorts that dot the state.

When in the opposition during 2007-2012, the BJP had opposed casino operations in Goa, licences for most of which had been granted by the previous Congress-led coalition governments.

Top BJP leaders, including Mr Parrikar, had on several occasions vowed to shut down the offshore casino industry once the saffron party came to power.