The latest catalyst for the demand comes after inputs of a threat to the life of progressive writer Damodar Mauzo. 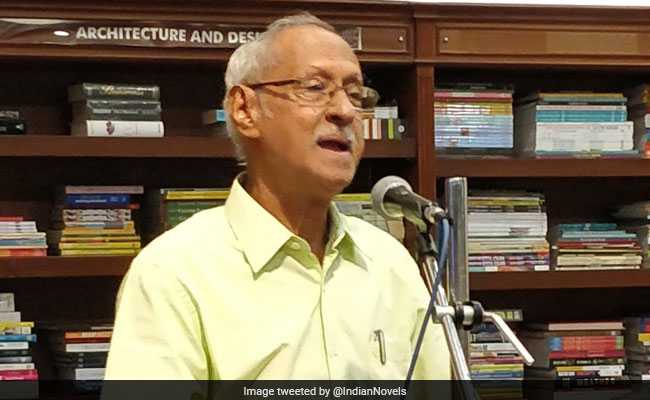 Calling the right-wing Sanatan Sanstha an "extra-constitutional authority" and a "cancer" whose spread should be stopped, prominent activists from Goa have demanded a ban on it.

The latest catalyst for the demand comes after inputs of a threat to the life of progressive writer Damodar Mauzo. A special investigation team (SIT) of the Karnataka police, which is probing the murder of journalist-activist Gauri Lankesh in Bengaluru last September, had told the Goa police about the threat to Mr Mauzo's life.

The Goa-based right-wing organisation, which has a pan-India presence, however, maintained that the allegations were "baseless", claiming to have worked in the field of "spirituality" to spread "religious wisdom" about Hinduism.

Mr Mauzo has told PTI that the organisation was a "cancer" which should be stopped from spreading in Goa.

Stressing on the need for such a move, Prashant Naik, a social activist, told PTI that legal luminaries should be roped in by the state government to place before the court the need for a ban. "We lost an 'open-and-shut' 2009 Margao blast case due to poor legal support during the trial," he pointed out.

Two men, including one allegedly from the Sanatan Sanstha, died in 2009 while they were transporting explosives to be reportedly planted in a crowded area in Margao. The National Investigation Agency (NIA) had charge-sheeted half-a- dozen activists of the Sanstha, but the accused were acquitted by a local court due to lack of evidence.

"The way the Sanatan Sanstha is going about spreading hatred in the society, it should be banned," Mr Naik added.

The demand echoed in state Congress president Girish Chodankar. "The Sanatan Sanstha or any organisation that behaves like an extra-constitutional authority should be banned," he said, highlighting that it had been named in the murder of progressive intellectuals like M M Kalburgi, Govind Pansare, Narendra Dabholkar and Gauri Lankesh.

"When its name figures in all these murder cases, there is no reason why it should be allowed to continue functioning," the Congress leader said.

Among the prominent institutions of Goa that have demanded a ban on the Sanstha is the Konkani Bhasha Mandal (KBM) -- the state's leading literary institution.

Referring to the threat to Mr Mauzo's life, the KBM president, Chetan Acharya, said it was the first time that a writer had been threatened in the coastal state.

"Goa is known for its peaceful co-existence and we don't want institutions like the Sanatan Sanstha which work like extra-constitutional bodies," Mr Acharya said. "We strongly demand a ban on it so that it can't spread hatred in Goa any further."

However, when contacted, the Sanstha's spokesperson, Chetan Rajhans, refuted the allegations, claiming that there was no threat to Mr Mauzo's life, at least from his organisation. "Is there any official confirmation to the claims that his life is threatened due to the Sanatan Sanstha?" he asked.

"These are baseless allegations against us by some of the anti-religion writers from Maharashtra and Karnataka who are facing flak after the Sanatan Sanstha started spreading religious awareness and wisdom across India," Mr Rajhans asserted.

"Our institution works in the field of spirituality and spreads religious wisdom among the people. All attempts are being made to stop us from doing that," the spokesperson said, ruling out any involvement of the Sanstha in the killings of M M Kalburgi, Govind Pansare, Narendra Dabholkar and Gauri Lankesh.