Recently, Union minister Smriti Irani filed a defamation suit against some Congress leaders for allegedly making baseless and false accusations against her and her 18-year-old daughter in connection with the restaurant in Goa. 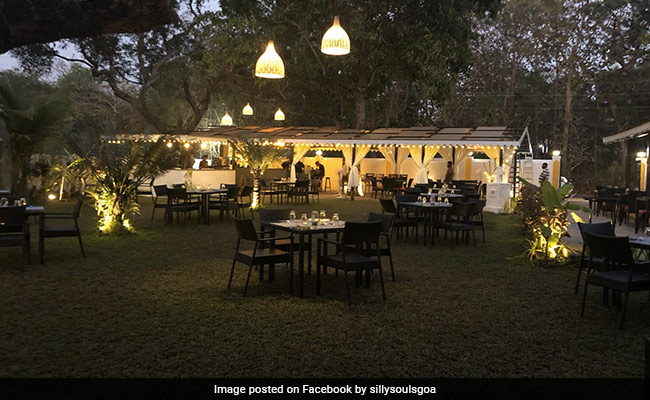 An activist filed a complaint about the alleged rules violation by "Silly Soul Cafe and Bar", Goa

Goa Town and Country Planning department officials will visit the restaurant at Assagao village, which is at the centre of a controversy, state minister Vishwajit Rane said and added the complaint filed against it will be handled professionally.

Activist Aires Rodrigues had filed a complaint about the alleged violation of the rules against "Silly Soul Cafe and Bar" located in North Goa with the Town and Country Planning department.

Mr Rane told reporters on Monday that he would not term the restaurant controversial "just because someone has gone to the court against it."

"My department (Town and Country Planning) will inspect the premises and inform me back. Only after that, I will be able to brief you about it," he added.

Mr Rane said the department is "competent and professional to take care of the complaint."

When asked about the controversy regarding the restaurant, the minister said no person should be accused just for the sake of it.

"The concerned person is my leader and a very responsible person. We will deal with the matter responsibly," he said.

Recently, Union minister Smriti Irani filed a defamation suit against some Congress leaders for allegedly making baseless and false accusations against her and her 18-year-old daughter in connection with the restaurant in Goa.

The Delhi High Court had held that Union Minister Smriti Irani and her daughter are neither owners of the restaurant-cum-bar in Goa nor a license was ever issued in their favour, and said statements by three Congress leaders against them seem to be "bogus with malicious intent."