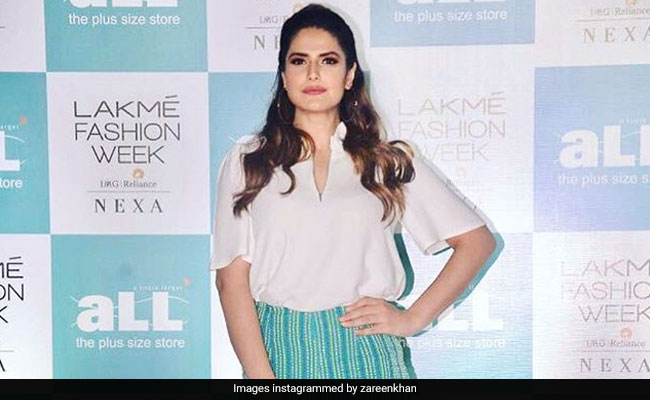 Actor Zareen Khan was in the car when the accident happened. (File)

The friends and family of a 31-year-old man, who died after his two-wheeler allegedly rammed into Bollywood actor Zareen Khan's vehicle in Goa, have accused the actor's driver for taking a turn without using an indicator.

"Their enjoyment made me suffer the loss of my brother," said Vishal, the man's brother.

The Anjuna police registered an accidental case against the actor's driver, Abbas Ali, and arrested him. They also recorded Zareen Khan's statement for the same.

The incident took place at Dream circle, Nagao, on Wednesday evening after Nitesh Goral, a resident of Mapusa, rammed his scooter into the car, before falling off.

One of Nitesh's friend also stated that Zareen Khan was sitting on the front seat and she must know whose mistake it was.