The musician, who is the son of legendary Goan singer late Ulhas Buyao, told PTI that awareness through music really works in these circumstances. 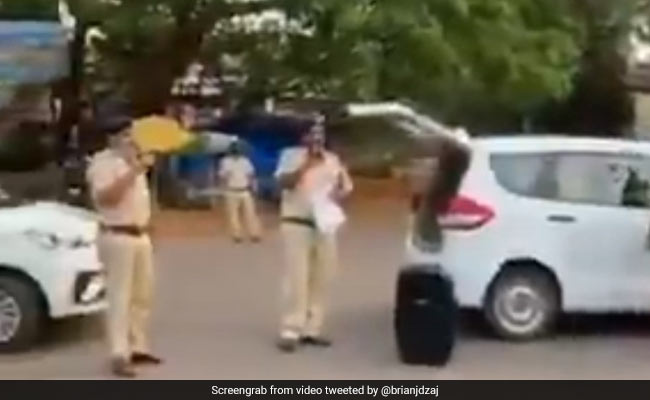 Senior police officer has been going around Goan streets entertaining people with his song.

While the coronavirus is spreading its tentacles across the globe, music has come up as a powerful instrument for several Goans, including singers, policemen and even Panaji mayor, to create awareness about the disease and the necessity of lockdown.

The musician, who is the son of legendary Goan singer late Ulhas Buyao, told PTI that awareness through music really works in these circumstances.

The popularity of his song prompted many others to come up with their own catchy numbers for the cause.

"People are online and they want to listen to something new when they are at home. After my song went viral, Deputy Superintendent of Police Sammy Tavares came up with his own song," he said.

Sammy Tavares has been going around Goan streets entertaining people with his song.

While Buyao and Sammy Tavares are known for their singing capabilities, a non-singer like Corporation of City of Panaji Mayor Uday Madkaikar also got encouraged and for the first time lent his voice to the song, the video of which went viral on social media within a day.

"During a visit to my in-laws place in Margao town of South Goa district, I heard police playing Buyao's song on their vehicle to create awareness. I immediately called up Buyao, requesting him to pen another song, and this time I said I will be singing it," he revealed.

The song, titled ''China virus corona'', was shot in Buyao's studio in Margao and released next day. "I was happy to see that the police were playing my song along with Buyao''s on their vehicles during the lockdown, urging people to stay indoors," the mayor said.

Deputy Superintendent of Police Uttam Raut Desai also got excited to join the cause and composed a song in Konkani. "My friend and renowned writer Saish Pai Palondikar helped me to pen the song. I sung it on the streets in Mapusa and Panaji. This was my first experience to sing in public and I enjoyed it," Desai said.

The police officer said the song is being appreciated by people and it also conveys the desired message.

"The message is straight and simple. Keep yourself safe, your city safe and then the state and the country safe, he added.

Goa Tourism To Resume Only When COVID-19 Situation In Control