Bypolls in Goa's Shiroda, Mandrem and Maspusa seats will be held along with the Lok Sabha polls in the state on April 23. 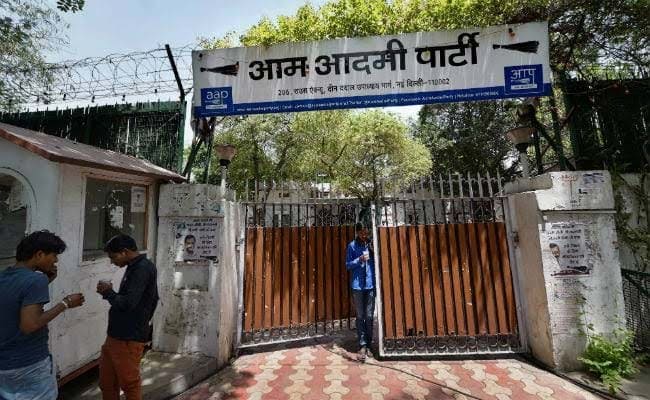 AAP said the party was confident it will win all the three seats as it has a strong base there. (FILE)

The Aam Aadmi Party (AAP) on Thursday said it will contest bypolls to all the three Goa Assembly seats scheduled next month.

AAP Goa general secretary Pradeep Padgaonkar told news agency PTI that the party was in the process of shortlisting its candidates for Shiroda, Mandrem and Maspusa seats, where by-elections will be held along with the Lok Sabha polls in the state on April 23.

The bypolls to Shiroda and Mandrem were necessitated after the sitting Congress MLAs resigned from the Assembly and party and joined the BJP.

The Mapusa seat fell vacant due to the death of sitting BJP MLA Francis D'Souza.

Mr Padgaonkar said his party will win all the three seats as it has a strong base there.

He said his party does not approve of the trend of MLAs resigning mid-way of their terms and forcing bypolls as it puts a stress on the state's finances.

"But since the seats are vacant and the party has its base there, we have decided to contest and win to put a full stop to this trend of resigning mid-term," he said.

The Arvind Kejriwal-led party earlier announced its candidates for the two Lok Sabha seats in the state.

Former bureaucrat Elvis Gomes will contest from North Goa while Padgaonkar will be AAP's candidate from South Goa.