Girl, 12, Falls To Death From 9th Floor Trying To Save Puppy Near Delhi

The Class 7 girl was playing with her pet dog inside her house in Ghaziabad, when it got stuck in a net installed in their balcony. 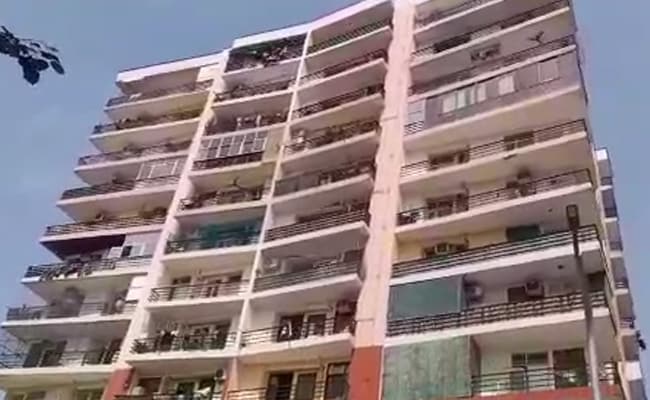 The incident happened around noon at Gaur Homes housing society in Ghaziabad.

While attempting to rescue a puppy stuck on the balcony, a 12-year-old girl died after falling from the ninth floor of a building in Uttar Pradesh's Ghaziabad today, the police said.

The Class 7 girl, identified as Jyotsana, was playing with her pet dog inside her house when it got stuck in a net installed in their balcony.

As she tried to free it from the net, she lost her balance and fell from the balcony along with the puppy.

The incident happened around noon at Gaur Homes housing society in Ghaziabad, near Delhi, the police said.

The girl's mother, identified as Kiran, who was at home at the time of the incident rushed out to check on her daughter when she heard the sound of the fall.

The woman found her daughter in a pool of blood on the floor and immediately rushed her to a nearby hospital where she died of her injuries.

The girl's father was not at home at the time of the incident. The family's pet also died due to the fall.

The police reached the spot after receiving information and have started an investigation into the incident, officials said.

On Monday, a one-year-old died on his birthday in Greater Noida near Delhi after falling from the 12th floor. He fell through the grills of the stairwell and dropped 12 floors down.