The harvest festival of Lohri is celebrated on the 13th day of the first month of the new year, according to Gregorian calendar. 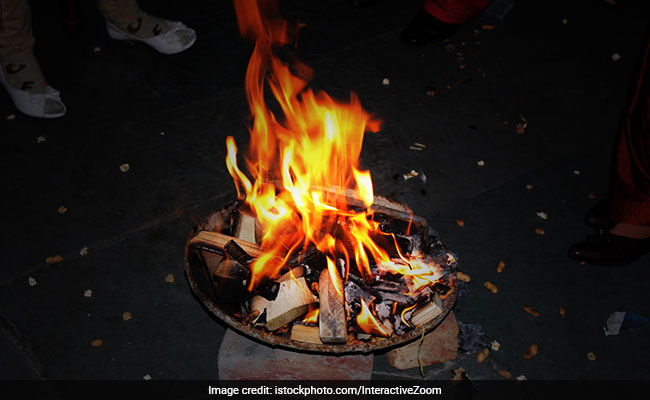 The festival of Lohri marks the starting of the harvest season and that calls for a celebration in many parts of northern India, especially in the region of Punjab in northern India. The onset of the harvest season in Punjab is marked by the festival of Lohri. The festival is celebrated by both the Hindu and the Sikh communities, by lighting a holy bonfire that also signifies passing of the winter solstice. Lohri officially marks the end of the long nights of winter and welcomes the longer days of summer, as the Sun begins its journey to the Northern Hemisphere.

Lohri is an occasion to celebrate the end of the sowing season of rabi crop, that is now ready to be harvested. Lohri is also a celebration of the Sun God, Surya, who is offered gratitude for gracing devotees with his presence once again. According to the Indian calendar, Lohri falls in the month of Pausha, and according to the Gregorian calendar, it's celebrated on the 13th of January. During the leap years, Lohri is celebrated on either 12th or 14th of January. It falls a day before the kite flying festival of Makar Sankranti that marks the beginning of the summer months. Lohri coincides with the festival of Bhogali Bihu in Assam and Pongal in Tamil Nadu.

Lohri 2018: How is The Festival Celebrated?

The festival of Lohri is characterized by the ancient tradition of lighting of a holy fire that signifies the Fire God, Agni. People gather around the bonfire, offer prayers and food to the fire God and also sing, dance and make merry. Devotees circle the fire with their hands joined together in supplication, asking for a prosperous year and also tossing sweet treats made from jaggery (gur) and sesame seeds (til).

Lohri 2018: The Traditional Feast Of The Festival

Sweets made from jaggery and sesame seeds include rewari and gajak that are both put into the fire, as offerings to the Fire God. Other offerings made include peanuts or moongphali and popcorn. These foods are also distributed to people who attend the festivities as prasad. The Lohri feast is prepared by using ingredients from winter crops including mustard greens, sugarcane, radish, groundnuts, etc. The dishes that are traditionally prepared during Lohri include makki ki roti (flatbreads prepared from corn flour) and sarso ka saag (a spicy Indian preparation made from mustard greens).

The two dishes are served together, with whole jaggery or powdered jaggery and/or homemade butter made from cow's milk, as accompaniments. Another traditional dish of the harvest festival is the sesame rice or til bhaat that is rice made with sesame seeds and jaggery.

The festival of Lohri is celebrated with a number of variations by the Punjabi and Sikh communities, worldwide. While those living in urban areas also celebrate the festival with much gusto, if you want to experience the joys of a traditional Lohri, you must travel to the rural areas of the Punjab region.