Drinking Coffee Before A Meeting May Boost Alertness And Productivity, Says Study

A new study has said that drinking coffee may lead to better involvement of members in a group discussion and may even make you look at your colleagues more favourably! 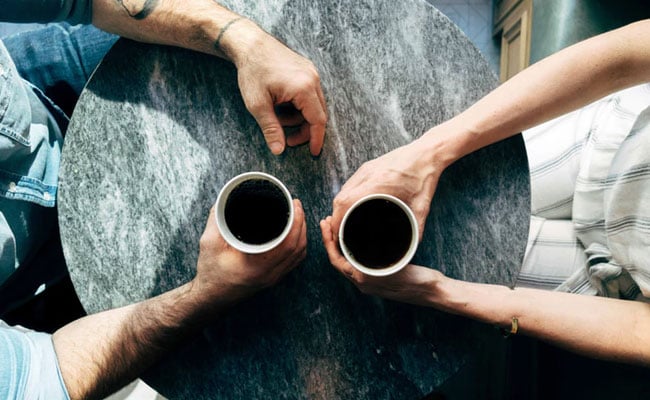 You may feel lethargic and un-productive until you've had your daily dose of caffeine. Coffee is the favoured drink of people around the globe, who swear they can't 'function' before they have had their mandatory cup in the morning. While this claim may be debatable, coffee can certainly make you focus better and stay alert during meetings and group discussions. A new study has said that drinking coffee may lead to better involvement of members in a group discussion and may even make you look at your colleagues more favourably!

The study, which appears in the Journal of Psychopharmacology, says that drinking coffee before a discussion can affect group dynamic in significant ways. This is probably one of the few studies which has analysed the behavior of a group after consumption of coffee, whereas a majority of the research focusses on individual behavior and effects of coffee on a person alone. However, this study may just lead to an increase in the consumption of coffee in offices, as the results have indicated that drinking the caffeinated drink may affect the collective productivity of a group, positively.

For the study, researchers conducted two experiments on a total of 134 students. The researchers made the students get into groups and discuss the Occupy Wall Street Movement, for a total period of 15 minutes each. It was found that students who had been asked to drink caffeinated coffee before the discussion, were better at focusing on the discussion at hand than those who hadn't had any coffee. The experiment was conducted with people who were regular coffee drinkers.

The results of the study indicated that coffee does make people feel more alert, focus on the topic of discussion better and also makes them participate in group tasks more. However, there were some caveats to the study, one of them being that the students had come for the experiment after staying away from the drink for a few hours. It was difficult to ascertain whether the coffee they consumed in the study increased their alertness or it was the decreased alertness of people who drank decaffeinated coffee, which lead to the results.