Zero: Katrina Kaif 'Feels Fortunate To Be Part Of The Film And Working With Shah Rukh Khan And Anushka Sharma'

Katrina Kaif said: "As long as I learn every day and improve on my craft, give my audience something new, I feel happy" 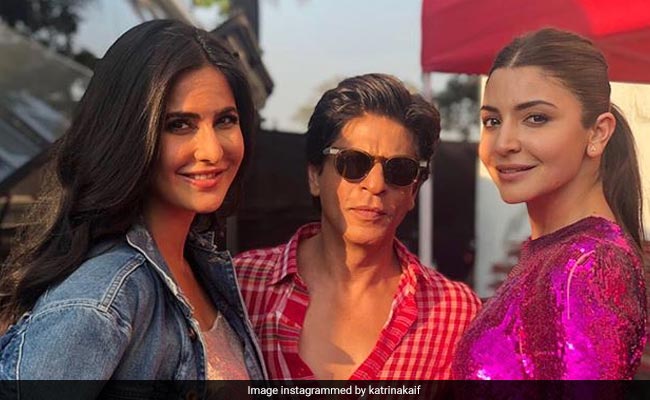 Katrina Kaif, who is awaiting the release of Zero, also featuring Shah Rukh Khan and Anushka Sharma, said that she "feels fortunate" to be a part of the film and to be working with the aforementioned actors, news agency PTI reported. Speaking at the launch of her song Husn Parcham, Katrina Kaif said: "I feel fortunate today to be working in a film like this, to be part of the film with the kind of talent that we have- Aanand L Rai sir, Shah Rukh Khan, Anushka Sharma." Katrina Kaif, who completed 15 years in Bollywood this year, said that she is "happy" as long as she is getting an opportunity to "learn" and showcase something new to the audience. "As long as I am getting the opportunity to showcase, learn and take my art forward with the best people we have today in the industry, I am really grateful. As long as I learn every day and improve on my craft, give my audience something new, I feel happy," PTI quoted the actress as saying.

Katrina Kaif is playing the role of an alcoholic actress Babita Kumari in the film. Speaking about the kind of briefing Katrina got from filmmaker Anand L Rai before shooting the song Husn Parcham, the actress said: "I think for me, the biggest difference in this song is that Aanand sir came on the sets on one of the days and said, 'I want my audience to see this character (Babita Kumari) as the happiest woman in the world'. She doesn't care about the world and she is having super-good time and that is always something which is good to remember."

Husn Parcham is the third song to have been released from the film Zero. Mere Naam Tu and Issaqbaazi hit the Internet earlier. The Aanand L Rai-directed film reunites Katrina Kaif, Anushka Sharma and Shah Rukh Khan after a span of six years. They were last seen together in Yash Chopra's Jab Tak Hai Jaan.