You Will be Surprised to Know Why Kamal Haasan Joined Twitter 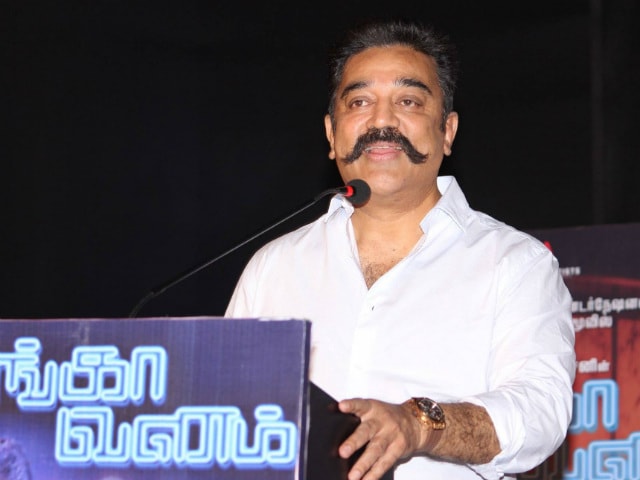 Mumbai: Actor-filmmaker Kamal Haasan has revealed that he "has never had" his freedom while making films.

"No Indian filmmaker has had full freedom of speech as compared to the rest of the world. Hence, I must complain that I've never had my freedom, I'm yet to see my full freedom," Mr Haasan told a television news channel as part of the Twitter Town Hall.

"Time divides freedom and anarchy. Freedom should come with Lakshman Rekha. Freedom will be constant. Freedom is like your body; you have to feed it, guard it and take care of it," he added.

Mr Haasan, who has been a prominent member of the entertainment industry for over five decades, on January 28, had asked his fans in a video to send him questions regarding freedom on Twitter.

Sharing his views on the much-hyped protests by students of the premier Film and Television Institute of India (FTII) against the appointment of Gajendra Chauhan as chairman, Mr Hasaan said: "FTII students are trend-setters; some of them have been pride of India. Government should have appointed an empathetic person".

When asked about the reason behind him joining Twitter, Mr Haasan said: "Mahatma Gandhi influenced me to be on social media. You can't fear criticism or not talk at all. He was the man who rose up to speak in times when it was dangerous to speak." (Also Read: Kamal Haasan, Welcome to Twitter)

"Gandhiji is a great hero and I wish we had many more of him. It needs lot of will, courage to be what he is. He is an inimitable model," said Mr Haasan.

Kamal Haasan also said that critics "should be more tolerant".

"Criticism should be constructive and not destructive," he added.

The veteran actor also took the initiative to talk about the Chennai floods.

He said: "I wish Chennai attracts international attention without flood. We can do it, we have done it. Pick up any Tamil or state newspaper, it does not talk about the news from the rest of the country, very important news is sometimes left out."