"You Light Up My World": Virat Kohli's Birthday Wish For Anushka Sharma Is All About Love

"You, my love, bring light into this world," wrote Virat 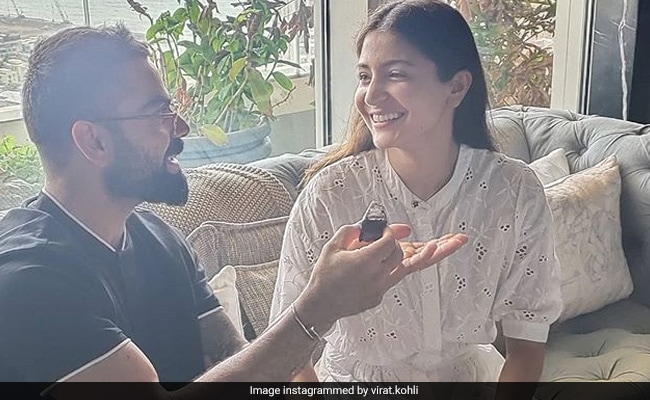 Virat Kohli's birthday post for his actress-wife Anushka Sharma lit up her day and ours too. The 31-year-old cricketer just dropped a loved-up picture of Anushka Sharma and it is setting major goals. In the picture, Virat can be seen holding a piece of the birthday cake while Anushka looks at Virat with her million-dollar smile. Sharing the snippet from Anushka's birthday celebrations at home, Virat wrote an equally adorable birthday wish for her. "You, my love, bring light into this world. And you light up my world every day. I love you," read Virat's post. Take a look at the super adorable picture here:

You my love bring light into this world. And you light up my world everyday. I love you

Today, I wish for all this to end

On the work front, Anushka was last seen in Aanand L Rai's romantic-comedy Zero where she shared screen space with Shah Rukh Khan and Katrina Kaif. The actress has not announced her upcoming projects yet but her production house Clean Slate Films will back Netflix's Mai.