"Bharat and I went separate ways but hold no grudges," said Simran 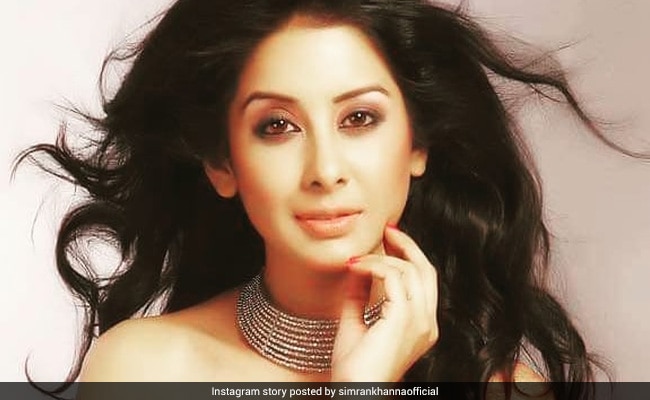 TV actress Simran Khanna, who is known for playing Gayatri Goenka on Star Plus show Yeh Rishta Kya Kehlata Hai, and husband Bharat Dudani are officially divorced now, reported SpotboyE. The actress told the tabloid that the split was amicable and they hold "no grudges" against each other. "Yes, Bharat and I have divorced. No animosity between us," Simran was quoted as saying by SpotboyE. Talking about her son Vineet, the actress added that her ex-husband has been given the custody of their son. "Well, Bharat has Vineet's custody. But I meet Vineet frequently. As I said, Bharat and I went separate ways but hold no grudges."

Simran is the sister of actress Chahatt Khanna. She frequently posts pictures with her son Vineet on social media. Last month, she wished him in the most adorable way on Instagram and wrote: "Happy birthday, Vineet Khanna. You are the anchor of my life. All my love and blessings are with you... Keep shining and live obstacle free. My number 3 is you, loads of love and blessings. Mera Vini!"

Replying to her wish, Vineet commented: "Thank you so much mummy, I love you, meri mummy."

Meanwhile, also check out other pictures of Vineet shared by Simran Khanna on social media.

Love is the answer , whatever the Question....Happy valentines day to all.....It's a reminder day to our loved ones! # #14thfeb

The Tuesday twining ..... Good morning people......happy Bhai dujj to everyone #

A friend is someone who knows the song in Ur heart and can sing it back to you when u have forgotten the words ......And u kno the song @highonlyf_ #friendsforever Happy friendship Day to all #

Simran Khanna plays the role of Gayatri Goenka aka Gayu in Yeh Rishta Kya Kehlata Hai, in which she co-stars with Shvangi Joshi, Mohsin Khan, Vineeta Malik and others. She has been part of soap operas like Paramavatar Shri Krishna, Krishnaben Khakhrawala and Udaan. She has also featured in television shows such as Kis Desh Mein Hai Mera Dil and Mata Ki Chowki.