'Will Walk In Underwear If Shawn Mendes And I Win Grammy,' Says Camila Cabello

"I gotta work out before I do that," said Camila Cabello 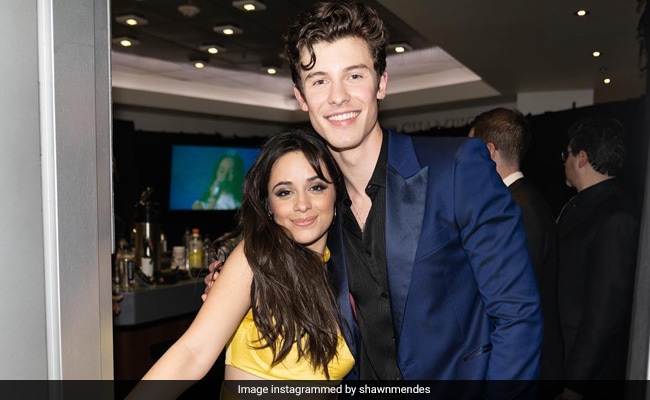 Singer Camila Cabello, who has received a Grammy nomination this year, made a rather interesting promise, which placed her on the top spot of trends list on Thursday. The 22-year-old singer, who has been nominated along with her boyfriend and singer Shawn Mendes in the Best pop duo/group performance category for her track Senorita, in an interview with Radio.com said that she and Shawn would walk in underwear on the stage if they win the coveted award, stated ET Canada. Camila was hinting at the One Pilot duo Tyler Joseph and Josh Dun, who accepted the Grammy in 2017 sans pants. "Shawn and I win the Grammy, we will walk on stage in our underwear like Twenty One Pilots did. That's a promise." However, she later clarified that she is joking and that she would have to work out for that to happen. "Just kidding. It's not. I gotta work out before I do that," stated ET Canada.

The Liar singer, who has been dating Shawn for a while, added, "It feels really special to get to share that kind of experience with someone that is first and foremost my friend that I've known for such a long time. He was actually the first person, I think, that I wrote a song with."

Camila Cabello became a household name with Fifth Harmony and her debut single Crying In The Club released in May 2017. She is best-known for her tracks like I Know What You Did Last Summer, Bad Things, Havana, Never Be The Same among many others.

Pop sensation Lizzo scored the highest number of nods with nominations at this year's Garmmys. Teen pop star Billie Eilish and rapper Lil Nas X received six nods each. Grammys 2020 will be held on January 26, which is morning of January 27 in India.

A Glimpse Of Malaika Arora And Son Arhaan Khan's "Universe"