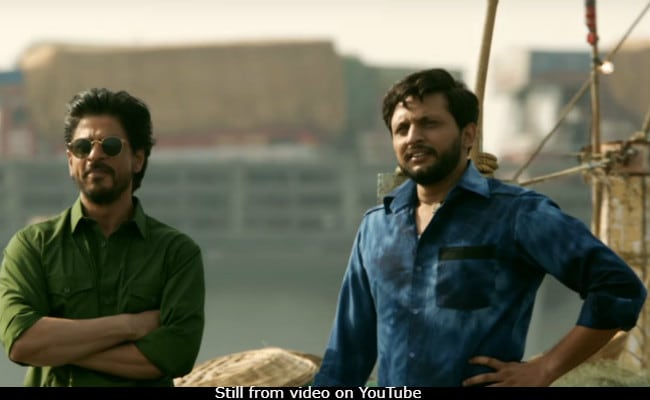 Folks, looks like Shah Rukh Khan has reunited with Raees co-star Mohammed Zeeshan Ayyub for Zero. On Thursday, Mohammed Zeeshan Ayyub joined the promotional duties for Zero as he shared the new posters of Zero and wrote: "Ye dekhiye.. .nazrein tiki hui hain, bas kuch din ka intezaar Aur hai...lajawaab. Shah Rukh sir ke saath khoobsoorat Katrina Kaif aapke saamne hain...shukriya Anand L Rai and Himanshu Sharma." In return, Mohammed Zeeshan Ayyub also received a shout-out from the superstar himself for being a great co-star. "Like always whenever I act with you, I want to thank you for making me a better actor my friend! Love you my Guddu!" Now, was that a reference to Mohammed Zeeshan Ayyub's character in the film?

Here's how the Twitter conversation between Shah Rukh Khan and Zeeshan Aayub went down:

Like always whenever I act with you, I want to thank u for making me a better actor my friend! Love you my Guddu! https://t.co/xu9tHDkEAp

Always a pleasure to be around you @iamsrk sir https://t.co/6tj0qonSuB

Zeeshan Ayyub, who has starred in films such as Raanjhanaa, Tubelight and Tanu Weds Manu 2, is best known for playing second-in-command to Shah Rukh Khan's titular character Raees in the Rahul Dholakia-directed film. Zeeshan Ayyub also stars in Thugs Of Hindostan.

Meanwhile, Zero also co-stars Anushka Sharma and the first look of Katrina and Anushka were introduced just a day ahead of Shah Rukh Khan's birthday.

Isn't she the warmest and kindest! My friend...Thanks for bringing Zero to life! pic.twitter.com/I0HKPiznAH

Isn't she the most beautiful!!! My friend with the loveliest heart...thanks for making Zero come true. pic.twitter.com/5dt4C6EptR

The trailer of Zero will release on the superstar's 53rd birthday in a blockbuster event in Mumbai. Meanwhile, some industry celebs have already enjoyed a special screening of the Zero trailer, which includes Aamir Khan. Soon after, Aamir had to had to post his review of the trailer and this is what he wrote: "I just saw the trailer of Zero. Just one word... outstanding! Congratulations Aanand L Rai! Katrina is fantastic! Anushka Sharma is unbelievable! Shah Rukh, you have outdone yourself! Can't wait to watch the film!"

Directed by Aanand L Rai, While Shah Rukh has been cast as Bauua Singh - a vertically challenged character - it is speculated that Katrina may be seen as an alcoholic star while Anushka will portray a genius scientist. Salman Khan also has a cameo in Zero, a glimpse of which was in the Eid-special teaser of the film.

Zero is slated to hit screens on December 21.