We Didn't Sign Up For Ghost Stories Trailer On Friday The 13th. We're Scared 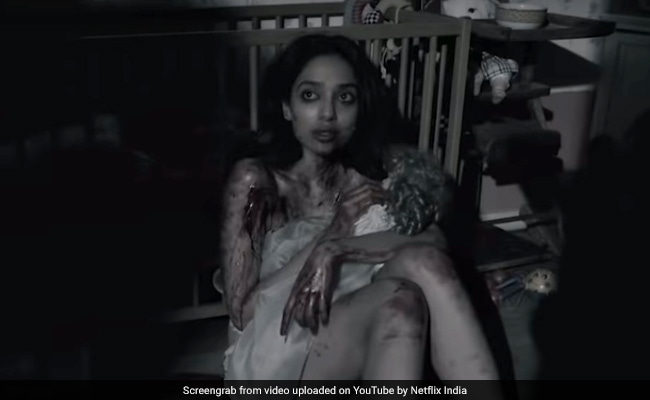 Boo! The Ghost Stories trailer is here. You remember what day is it today, right? It's Friday the 13th. Just saying. Zoya Akhtar, Anurag Kashyap, Dibakar Banerjee and Karan Johar shared the trailer of the Netflix horror series on Friday afternoon and it is not for the faint-hearted. Directed by the makers of Lust Stories, Ghost Stories is an anthology of four inter-connected horror stories which culminate into a deadly climax. "Four mind-bending stories" from "four visionary directors" says the trailer, which is a two-minute long spook-fest. It's as if Karan Johar read out minds and described the Ghost Stories trailer in these words: "Friday the 13th would be incomplete without some chills, thrills and of course an absolute spook-fest... presenting the trailer of Ghost Stories! Coming January 1."

Ghost Stories stars Janhvi Kapoor, Sobhita Dhulipala, Gulshan Devaiah and Mrunal Thakur as the protagonists of the four short stories directed respectively by Zoya Akhtar, Anurag Kashyap, Dibakar Banerjee, and Karan Johar. The Ghost Stories trailer has glimpses of all four stories, which will send a chill down your spine. We'll just give you a gist of the horror level in the trailer - Mrunal Thakur, on her wedding night, discovers there's an invisible 'granny' in the house; Janhvi Kapoor is a nurse, whose patient has unexpected visitors in the house; Shobhita Dhulipala experiences spooky things during her pregnancy.

In the teaser of Ghost Stories earlier, Dibakar Banerjee had said: "It's about things that are not really human" while Anurag Kashyap added it's all about "monsters, supernatural." Talking about what's changed after making Ghost Stories, Zoya Akhtar said: "Innocent kindergarten rhymes are sending me running" while Karan Johar added: "I don't think I can ever look at big fat weddings the same way again." Mr Kashyap also said: "Birdsongs don't sound sweet to me anymore."

Hope you get a good night's sleep tonight because we're gonna be up all night checking for 'granny'.