Read inOther Languages
This Article is From Mar 21, 2019

Aamir Khan will next be seen in Lal Singh Chaddha, which is the remake of Forrest Gump 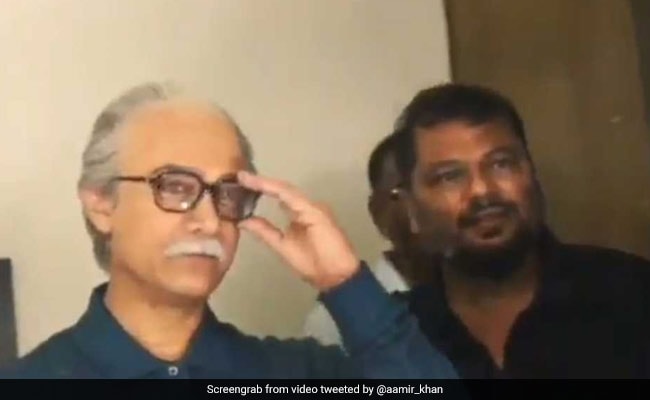 Aamir Khan in a still from the video. (Image courtesy: _aamirkhan)

We know from Aamir Khan's previous projects that he is comfortable experimenting with his onscreen appearances. From weighing upto 95 kgs in Dangal, to sporting 6-pack abs in Ghajini and let's not forget his drag act in a TV commercial, Aamir has pulled-off a variety of looks with confidence. However, the actor's latest looks is lightly different from his previous ones. In case you are wondering what we are talking about, we are referring to the latest post shared by the actor, in which he can be seen dressed as an elderly man. On Thursday, Aamir shared a video of himself, in which he can be seen sporting prosthetic makeup. The 54-year-old actor aroused a sense of curiosity in his fans and wrote: "Coming soon... Aapke phone pe." The video appears to be from an advertisement for a brand that Aamir endorses.

Aamir Khan has quite a bit of a reputation for trying out different looks. Remember how the actor underwent drastic change for his 2016 film Dangal? Aamir, who played the role of the wrestler Mahavir Singh Phogat in the film, put on weight upto 95 kilos which he later reduced to around 70 kgs. The actor even chronicled his fat to fit journey by sharing a video of his body transformation on YouTube.

On the work front, Aamir Khan was last seen in Vijay Krishna Acharya's Thugs Of Hindostan, in which he co-starred with Amitabh Bachchan, Katrina Kaif and Fatima Sana Shaikh.

Aamir Khan announced his next Bollywood project on his 54th birthday this year. Aamir's next film is titled Lal Singh Chaddha. The film will be co-produced by Viacom 18 Motion Pictures and Aamir Khan Productions and it is the remake of the 1994 film Forrest Gump, which featured Tom Hanks in the lead role.