Virat Kohli Confirms Dating Anushka, Says They're "Not Hiding Anything" 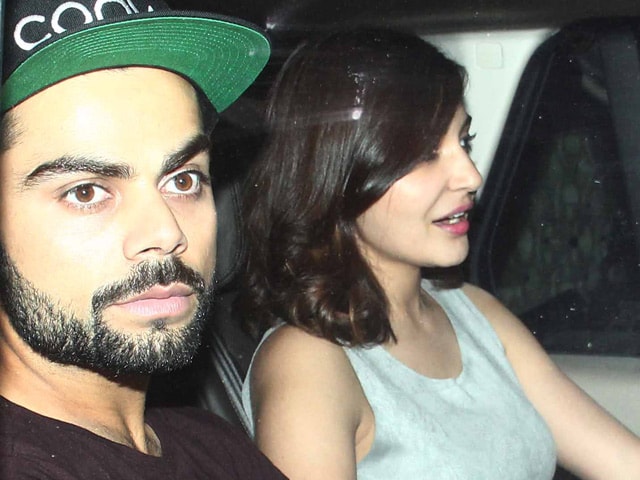 India's top batsman Virat Kohli has asked the public to use common sense on his much talked about relationship with Bollywood actress Anushka Sharma, saying they indeed are seeing each other and their privacy should be respected.

"It is out in the open (Jo hai sabke saamne hai abhi). We are not hiding anything; we are not trying to hide anything. I don't want to hide anything. But if you get repeatedly asked on the same thing and if it is made a matter of debate then both the individuals don't feel it is right," said Virat at the launch of his fashion line on Thursday. (Also Read: Virat Kohli Blows Anushka Sharma a Kiss After Breaking Record)

Virat said it was already obvious that he and Anushka were in a relationship and people should not be curious about them anymore.

"If you are seen together somewhere and still people ask 'is it confirmed?', then it is a matter of common sense. If you know then why ask the same question, that is our basic logic behind it. It is not something wrong apparently for people that we are doing. We will not personally like to speak about it because it is something very personal for us and that should be respected by the media and everyone else as well," Virat said. (Also Read: A Visit From Anushka Sharma is Virat Kohli's Birthday Gift )

The 26-year old stand-in skipper also batted for boxer Sarita Devi and felt that her decision to not accept the bronze medal at the Incheon Asian Games wasn't against the rule.

"I know about the incident. I think sportsmen need the support of its association and I personally don't think her decision is against modern rules. She felt something and took that decision that could have been solved in a different way. I don't know what happened there, what I have seen from outside this is my idea," he said.

The Delhi player launched his fashion line 'Wrogn' and said it was something he always wanted to do. (Also Read: Anushka Sharma, Virat Kohli Make First Public Appearance Together )

Promoted
Listen to the latest songs, only on JioSaavn.com
"Really glad and happy that I am able to do something that I always wanted to do. This idea of launching own clothing line came and we were thinking of names. One thing that people associated with me in first look or first instance is being wrong. They picture me as someone who is wrong and eventually that becomes right after certain point of time. So that was the whole plan and then we decided to spell wrong in a wrong way," he said.

Virat said he is inspired by pop star Justin Timberlake and his clothing line reflects that.