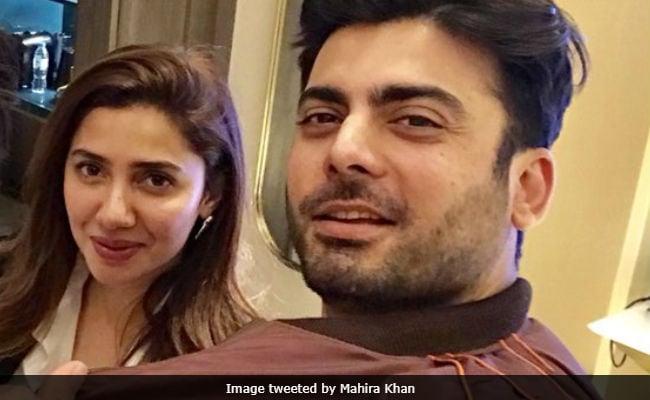 Take a look at Mahira's selfie:

And here are some reactions:

This one did not like Hamza Ali Abbasi becoming "Kabab Main Haddi":

Finally #FawadMahira together! but but it wasn't necessary for #Hamza to be that 'Kabab Main Haddi'.