"At my age, you marry not for social confirmation but personal gratification," Vikram Bhatt said 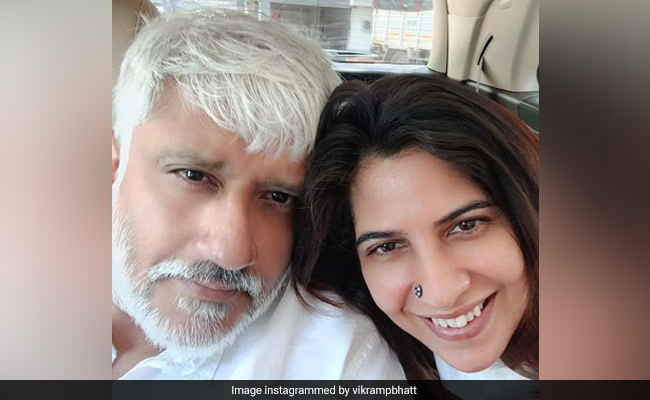 Filmmaker Vikram Bhatt has been trending ever since the news of his marriage to Shwetambari Soni was spilled by Mahesh Bhatt in a recent interview. The filmmaker shared the reason why he kept his marriage a secret for a year and told ETimes in an interview, "Bhatt saab (Mahesh Bhatt) knew it, he is my boss and a boss knows everything. I had told a few friends and I hadn't told a few friends. I didn't feel the need to announce it. At my age, you marry not for social confirmation but personal gratification."

During the interview, he also shared how he met his wife Shwetambari Soni and told ETimes, "Shweta and I met through a common friend. She is an art curator and has an art gallery of her own. There was supposed to be an exhibition where I was asked to write some poetry and she was there. A common friend introduced us; one thing led to another and we found ourselves in a relationship."

Mahesh Bhatt, in an interview with ETimes earlier this week, said, "Vikram Bhatt got married last September during the peak of the lockdown. He called me and said, 'Boss I am getting married and since there is a restriction on the number of people who can be invited for the marriage ceremony and also keeping your health concerns in mind in these COVID times, I will not burden you and ask you to come. But we are going to keep this under the wraps."

Vikram Bhatt is best-known for directing films such as Ghulam, Raaz, 1920, Kasoor, Aetbaar and 1921.