Vijay Deverakonda Is "Still A Boy (With Big Dreams)" - His Words

Vijay Deverkonda has shared a bunch of happy photos on Instagram 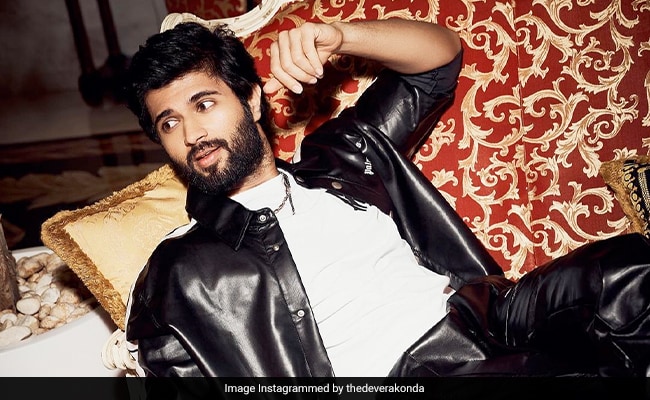 Vijay Deverakonda has always been vocal about his passion for acting and his drive to do good work. The actor, who made his way into the world of cinema after years of auditioning and struggling, has now shared a heartwarming post on Instagram about his journey. In a post, he said, “Still a boy. With big dreams, wanting to accomplish everything under the sun and continue to be himself.” The note is attached to a series of images in which Vijay Deverakonda is looking his absolute best, smiling for the camera in a leather jacket, pants and white T-shirt. Fans of the actor have showered him with compliments in the comments section.

Vijay Deverakonda's last release Liger, which was expected to be a pan-India entertainer, failed to impress the audience and critics alike. In an interview with News18, Vijay Deverakonda said that Liger was a film he truly believed in. “I don't know, if I've handled things with grace, I just handle them the way I know how it is. It is my reaction to whatever is happening at that point. I just know that I'm very honest with my emotions and feelings. And if that is what I feel at that point, I express it that particular way… Well, I just know that when it is something I truly believe in, and I say that, and I will always stand by it. And I will not be affected by how it's received. So, that's how I just deal with stuff always.”

Clearly, Vijay Deverakonda is also not one to be bogged down by failure. A few weeks ago, the actor was seen back at the gym, pulling off some complex exercise routines. Sharing a video, he said, “Miss stunt training with Andy Long Nguyen and his boys. Work hard, Push yourself, learn new skills, Learn from mistakes, enjoy success, and live the life you want.”

Vijay Deverakonda will be seen in Kushi next, alongside Samantha Ruth Prabhu. Sharing some behind-the-scenes from the making of the film, with a portion of the title track in the video's background, Vijay Deverakonda said, “We are touched by the overwhelming love. We will bring all this love onto the big screen this Christmas - New Years. Meanwhile, here is our title track that you love. #Kushi.”

Kushi will be released in theatres on December 23. It is Samantha Ruth Prabhu and Vijay Deverakonda's second film together after Mahanati.

Allu Arjun's Ala Vaikunthapurramuloo Is Trending. Because, Shehzada Teaser