Vijay Deverakonda Approached To Play The Role Of Dev In Brahmastra 2: Report

Brahmastra Part One: Shiva released in theaters on September 9 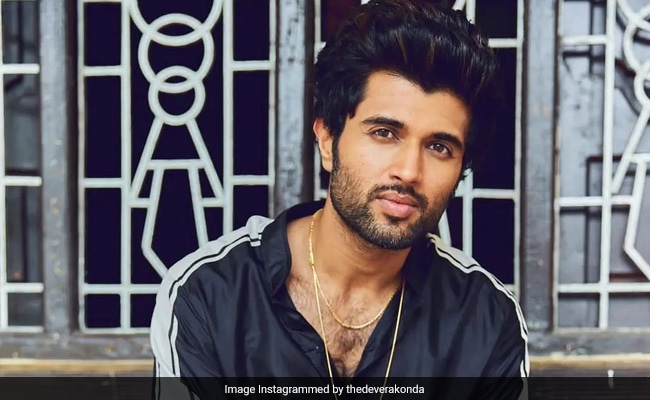 Liger star Vijay Deverakonda has been approached by the makers of Brahmastra to play the role of Dev in the film's second part, according to a report in Bollywood Hungama. A source close to the development told Bollywood Hungama, "The Brahmastra franchise is being backed by Karan Johar's Dharma Productions. Yes, there were three actors who were approached, but now, Karan is looking at roping in Vijay. The two have worked together on Liger and understand how the other person works, so it comes a no surprise."

The source added, "Liger did not exactly hit the target, instead it was way off. Both Vijay and Karan are looking to work together on something that will definitely hit the mark, and kick-start Vijay's journey in Bollywood. Given this, essaying the role of Dev in Brahmastra 2 is perfect for Vijay and plays well for the makers of the film as well."

Earlier, Bollywood Hungama also reported that the makers of Brahmastra have approached Ranveer Singh, Hrithik Roshan and KGF star Yash to play Dev's role, however none of these actors have signed the film yet.

Vijay Deverakonda recently made his Bollywood debut with Puri Jagannadh's Liger, which was produced by Karan Johar's Dharma Productions. The film also featured Ananya Pandey in the lead role.

Vijay in south has given many blockbusters such as Arjun Reddy and Geetha Govindam.

Brahmastra Part One: Shiva, which was in the making since 2018, released in theaters on September 9 and is currently streaming on DisneyPlus Hotstar. The film stars Alia Bhatt, Ranbir Kapoor, Amitabh Bachchan, Shah Rukh Khan, Nagarjuna and Mouni Roy in the lead roles.